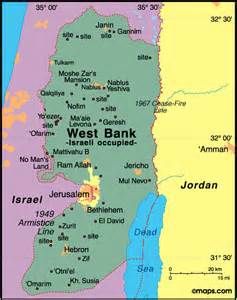 One hour away from Rambam Hospital in Haifa, Israel, where I had my elbow operated on in 1982, an Israeli, Yuval Roth,  has been transporting sick Arabs there from Judea-Samaria (West Bank) for treatment.  So far, he has done this 500 times in the last 2 years.  In Gaza, medical treatment is extremely expensive for people who are not working.  Some have snuck through guard posts to get to Ashkelon's Hospital, the Barzilai Medical Center that has been in operation since 1961.  It's Israel's front line hospital on the Gaza border and services 502 square miles and a level 2 trauma center.  As 1,600 Kassam missile attacks have happened each year since 2006, they have had 100,000 emergency admissions each year.  They serve over 500,000 area residents. The cafeteria is regularly converted into hospital bed space to accommodate everyone.  The situation of health for Palestinians was well planned starting in 1967 .   Along came the  October 1973 war.  By 2005,  Palestinians in Gaza had elected the Hamas terrorists to be their government.  Below I outline the situation from 1967 to 1973 and what all Israel had done for them in the line of health services, even though Israel has been in 7 major defensive wars with them and other Arab nations since 1948.


By 1973 in Judea and Samaria, health services were run by 911 local employees under the supervision and with the help of 12 Israelis.  Jordanian law was still in force over services such as this.  There were 15 hospitals with 1,042 beds.  8 were run by the Military Government and others by the UN Relief and Works Agency and private groups.  There were 92 physicians which exceeded the pre-war strength of 85 physicians.  The nursing staff amounted to 360, also exceeding the pre-war numbers.

They had 95 clinics, 53 being non-government, and 23 government stations for mother and child care.  Israel's health services were also open to people of the areas and thousands came to those hospitals every year.

By 1973 in the Gaza Strip and Sinai, medical treatment was a state service under local law and fully financed by the Military Government.  Egyptian personnel departed quickly in 1967's Six Day War and left only 42 doctors here compared with 90 before the war.  Israel tried very hard to get the rest of the personnel to return.  There are 5 government and 2 other hospitals with a total of 967 beds.  The shortage of doctors and imperfect equipment that Israel found made it necessary for a large-scale Israeli aid.  Out-patient clinics of Israeli hospitals served the people and Israeli specialists visited the hospitals as advisers.  El-Arish's hospital had been abandoned by the Egyptian staff.  The Israeli hospital, Tel Hashomer, adopted it.  The building was repaired and Israeli doctors, nurses and administrators are in charge.  A health center with its own X-ray institute and laboratory was manned by an Israeli team.

By 1973 in the Sinai which had a small population, the people were facing great distances and poor roads. The command operated a mobile clinic with both local and Israeli personnel.  In the larger Beduin camps, clinics had been set up and IDF doctors and orderlies helped out.

In 1922, the British, who held the mandate of Palestine, gave away 80% of the land decided by the League of Nations to become the Jewish National Homeland, to be Transjordan.  Some Arabs already lived there. Emir Abdullah I bin al-Hussein, King of Jordan, ruled from 1921 to 1951.  He was born and raised in Mecca, Hejaz, Saudi Arabia.  Non Jews on the 1931 census came there from 24 different  countries.  Arafat came from Egypt.  In 1931 it was found that Non Jews coming into Jerusalem seeking work were from the Palestine territory, Syria, Transjordan, Cyprus, Egypt, Hejaz-Nejd, Iraq, Yemen, Other Arabian Territories, Persia, Turkey, Algeria, Morocco, Tripoli, Tunis, Albania, France, Greece, Spain, UK, USSR, USA, Central and South America,  and Australia.  Therefore, those calling themselves Palestinian Arabs were not all native but had immigrated within the last 100 years.  (Joan Peters, p.227)

October 6th to the 26th of 1973, Israel was attacked in the Yom Kippur War.  " This came about by a coalition of Arab states led by Egypt and Syria against Israel  as a way of recapturing part of the territories which they lost to the Israelis back in the Six-Day War.  The war began with a surprise joint attack by Egypt and Syria on the Jewish holiday of Yom Kippur, the most holy of Jewish holidays.  This was a 25 hour day of fasting  and asking G-d's forgiveness of any of their sins.   Egypt and Syria crossed the cease-fire lines in the Sinai and Golan Heights respectively. Eventually Arab forces were defeated by Israel and there were no significant territorial changes." 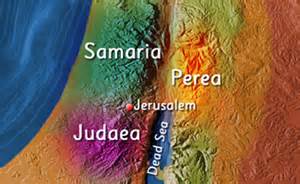 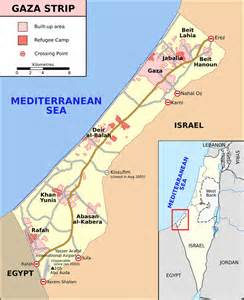 The Gaza Strip had also been, until 1948, part of the British Mandate of Palestine.  Starting in 1948 to 1956-57, following the Sinai War, it was administered by an Egyptian Military Government until 1967.  Egypt did not annex it. By July 1972  388,600 Arabs lived in the Gaza Strip and Northern Sinai on an area 360 sq km-140 sq miles.  This is about 1/6 of Rhode Island, USA.  Today's population is about 1.7 million whereas Rhode Island's population, is 1,051,302.  According to 1/6 of this, it should hold only 175,217 people.  .
The population was mostly Moslem.  The smaller Christian communities of Greek Orthodox and Latins were mainly living in Ramallah, Bethlehem and Beit Jala in Judea and Samaria.  Druze Arabs lived on the Golan Heights.  Today, Bethlehem and Ramallah have been populated mostly by Moslems.  Beit Jala was in 1993 controlled by the Palestinian Authority and now only 60% are Christians there with 40% Muslims.

Israel's basic policy by 1973 was to achieve security for Israelis and Arabs.  They wanted all to live normal lives without losing contact with Arabs in other countries.  Israel tried to make possible a rapid economic development.  they tried to encourage co-existence and cooperation between Arabs and Israelis as an example for relations to come between the two people.  The Administrative areas were tranquil then and thriving.  Open bridges on the Jordan allowed movement in either direction between the areas and the Arab states.  Israel was so trusting.  Both groups had been separated up to 1967 and were enjoying the beginnings of a peaceful and fruitful co-existence.  Israel had high hopes that one day they would make a meaningful contribution towards a transformation of Arab-Israeli relations from conflict into cooperation.

Little did Israel realize that in some 30 years, by 2005 the almost 9,000 Jews living in Gaza would be forced to leave, which was Ariel Sharon's idea, making Gaza Judenrein, doing so in the name of peaceful existence as they weren't able to live together peacefully. UN had said in 1947  that it was to be land for the Palestinian state. The 1948 war ended with Israel in control, but gave the area to Egypt to control in negotiations.  Jews had lived in Gaza since Samson and Delilah of the Bible.  They were there in 1929 when Arabs rioted in many places and attacked helpless Jews.

Jews in 2005 pulled out of 21 towns.  This will not be repeated in Judaea-Samaria.   This has given the Arabs a platform where they have continually shot rockets, mortars and missiles into southern Israel, trying to kill everyone.  What had happened was that a new and evil group, Hamas, appeared, taking over Gaza and suddenly was voted in "democratically" by the Gazans who were following the Muslim Brotherhood precepts of continuing to destroy Israel. Israel did all it could do to treat Arabs in the administered territories more than fairly, but they have turned to their own people instead who are terrorists against Israel.   To our dismay, such people as Jimmy Carter, former American president, has sided with the Hamas terrorists, backing their plot.  What was hoped for in 1973, interrupted by war in October, seems to be a far distant hope and dream.  A Two State Solution is at an end.  It is impossible as far as most can see.  Gaza cannot be a good neighbor and only a good neighbor can ever be allowed.

The Palestinian Authority (PA)  of Judea-Samaria was an interim self-government body established in 1994.  By this  year of 2013, it became a non-member observer state in the UN.  Fatah renamed itself the "State of Palestine" but their authority is only over Judea-Samaria and does not include Gaza, ruled by Hamas.  Fatah and Hamas have only been able to agree to a few things for a short period.  They fight for total control.