"Abbas said he had ordered his foreign minister to file a complaint at the International Criminal Court in The Hague."

My thoughts on this are that there have been horrible things that have happened to Israelis living in Judea and Samaria, and now something has turned and it has happened to a Palestinian family. Too bad we didn't turn to the Hague immediately.   What was the reaction of everyone when a Jewish family was slaughtered in a very bloody attack  several years ago?  Remember that?

The Itamar attack, also called the Itamar massacre, was an attack on a Jewish family in the Israeli settlement of Itamar in the West Bank that took place on 11 March 2011, in which five members of the same family were murdered in their beds. The victims were the father Ehud (Udi) Fogel, the mother Ruth Fogel, and three of their six children—Yoav, 11, Elad, 4, and Hadas, the youngest, a three-month-old infant. According to David Ha'ivri, and as reported by multiple sources the infant was decapitated  The settlement of Itamar had been the target of several murderous attacks before these killings .

Well, 2 wrongs don't make a right;  ever. However, this is how we learn.  If the Jewish family's death wasn't dealt with by the Palestinians  in the manner in which Israel is now handling this case, it remained a festering sore in some Jewish teens' minds.  It was also a time for a good sermon on why we can't turn around and do the same thing to Palestinians and why we're not like that.  The arsonists didn't learn a thing except to copy their enemy.  Isn't that what Golda Meier said that she hated?

From Israel's Daily Alert
News Resources - Israel and the Mideast:

Posted by Nadene Goldfoot at 3:12 PM No comments:


One year ago, Israel was forced into a 50-day war to stop rocket attacks from Gaza. The conflict caused death and terrible suffering in Israel.

Posted by Nadene Goldfoot at 9:18 AM No comments:

June and July Attacks from Gaza on Ashkelon 2015

Late Evening, Ashkelon and Netivot, 2 rockets were fired from Gaza at Israel and exploded  one in Sdot Negev Regional Council and one near Ashkelon. The IDF retaliated with airstrikes against empty Hamas training camps in Gaza.

Ashkelon, rocket was fired from Gaza at Israel and exploded near Ashkelon.  In response, the IDF attacked a training facility of Hamas. 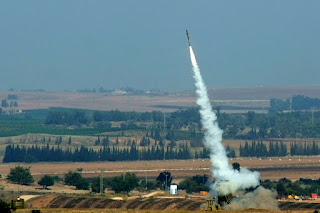 Ashkelon, rocket was fired from Gaza at Israel and landed short in Gaza. 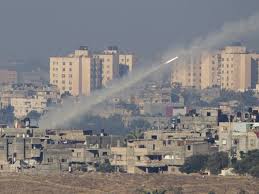 Hof Ashkelon Regional Council, rocket was fired from Gaza at Israel and exploded in the council between two communities. ] In response, Israeli aircraft carried out an air strike on a rocket launcher in northern Gaza.
June 28 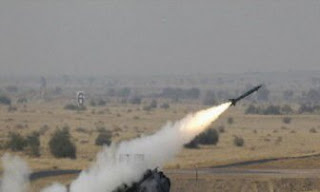 Hof Ashkelon, rocket was fired from Gaza at Israel and landed short in Gaza.

July 16
Hof Ashkelon, a rocket was fired from Gaza at Israel and exploded in the council.. The IDF retaliated with airstrikes against Hamas "terror"  infrastructure.  That was Thursday.

"'It was 2 am in Israel when sirens sounded in the Lachish region, a frightening wake up call, alerting people to rush to shelters. The Gaza rocket fire at Israel does not only put the lives of hundreds of thousands of civilians at risk but it is a deliberate decision to target civilians. No person should live under the threat of terrorism, always fearing what will come next, and whether they will find shelter in time to save their lives.' from Avigail Avram-Hopke". 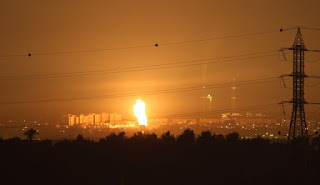 It seems that Ashkelon is their prime target these past 2 months.

Ashkelon is the Portland, Oregon's sister city and houses the Barzilai Medical Center that serves the whole area including Palestinians. it's Israel's front line hospital on the Gaza border.
It's a beautiful beach city of 120,000 residents in an area of farms and citrus groves.  This city is between the desert and the sea, close to Jerusalem, Tel Aviv and Beersheva.  Besides it's beauty and all it has to offer, it is the oldest city recorded in the Bible with a history that goes back 4,000 years.

Ashkelon's modern section was founded when Afridar, a town established by South African Jews in 1952, and Migdal, a former Arab town, merged.  A national park in Ashkelon includes Greek and Roman ruins and the remains of ancient synagogues.  A Roman tomb decorated with frescoes, the ruins of a Byzantine church, and a wall built by Crusaders are also in the city.  So far in the last few months, people and the city have remained safe.  .
Posted by Nadene Goldfoot at 12:44 PM No comments: