Southern Israel was just hit by 60 rockets from Gaza.  No doubt Hamas terrorists, but Islamic Jihad terrorists say they are responsible, and really Hamas is responsible for what they do.

Prime Minister Binyamin Netanyahu threatened a strong response against those responsible.  Tanks are now clashing with terrorists and have destroyed 2 targets of destruction.

Remember that Israel left Gaza completely in 2005.  They withdrew the IDF and left their Jewish communities and forced 9,000 Jews living there to leave-unwillingly.  They did this in the name of peace.

At the time, Israel's right wing warned that this would leave Israel vulnerable, and they were right.  Since 2001, southern Israel has been hit with more frequency from Gaza's people of which Hamas had kicked out Abbas and had taken over as full time terrorists.

Such timing.  Right now it's early Thursday morning.  Sunday is Purim, the celebration of Jews remembering how they were saved from death planned by Haman in Persia by the Queen Esther, who was a Jew unknown to the royal house.  She was in the right place at the right time to save all the lives of her own people.

Hopefully, we have the same thing going on today, with the right people in the right place to save Israel.  Such is what they have been doing since 1948.

Israel had to do what Israel has to do; raid another ship with weapons headed for Gaza's terrorists.  The fact that the ship, Klos C,  is Iranian didn't stop them at all.  It had an international crew of 17, now being interrogated.   Thirteen IDF commandos raided it off of Sudan early Wednesday morning.  This ship was disguised with a Panamanian flag and was carrying dozens of B-302 missiles with a range of up to 200 kilometers or 124.274 miles.

Last time Israel raided a ship was during the fleet of ships of May 2010, the Gaza Flotilla, which was  trying to break into the waters off of Gaza with heavens knows what as their cargo.  The ship, MV Mari Marmara,  was from Turkey, and this caused quite a roar with the end result of Israel having to pay Turkey a bundle for the death of a few of their 40 some crew  who attacked the 13 Israelis as they boarded to search the ship.  That's a tip-off right there that they weren't carrying dolls for the children or else why wouldn't they let the commandos search their ship like other ships in the fleet did?  .

Here's a case where the Iranian ship had a shipment originated from Syria.  The Syrian missiles, probably sent to Syria from Iran in the first place, were now taken on planes back to Iran, and then were repacked  on the ship to Sudan and were hidden with sacks of cement which is why Israel likes to search ships for weapons.  The captain of this ship first navigated toward Iraq and then finally toward Sudan in an effort to fool the IDF. 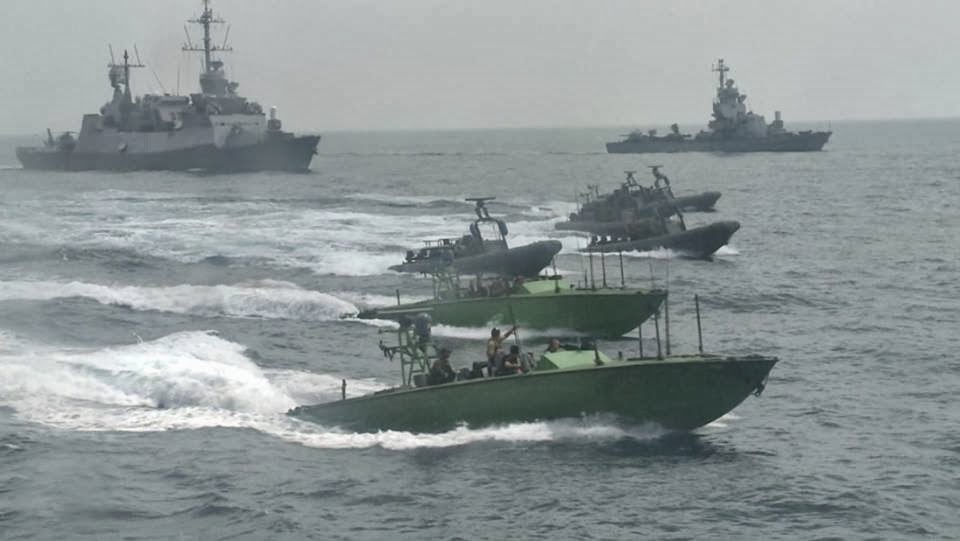 Evidently the Mossad was in on this as the IDF knew for sure that Iran was behind the shipment.  Our IDF are safe and guiding the ship to Eilat's port.  Israel knew that they were for Hamas, the terror group in Gaza. They were to be unloaded in Sudan and smuggled to Gaza through the Sinai.  There is a regional arms race with Iran in the lead.  The IDF will continue to act against such smugglers to secure the safety of the people of Israel.

Posted by Nadene Goldfoot at 5:50 PM No comments: