Nadene Goldfoot
Israel's IAF took out a rocket launcher in Gaza last night after it had shot a rocket towards Kibbutz Yad Mordechai.  Sirens were heard to warn the populace at 10:00pm.

Hamas accuses a jihadist group who are attacking them, inference of it being ISIS or one of a copy-cat of Hamas, being they are so close in goals and behaviors..

The UN, in the meantime, have made a ruling,  unfavorable as usual,  towards Israel.  They understand nothing of what has been going on but act as judge and jury.   Netanyahu called their report "flawed and biased."

They may want to see Israel just take all the slings and arrows from the Palestinians without complaint, but it ain't goin ta happen.  Israel is not made up of appeasers, but defenders.  The genes of Aluf Bar Kochba and King David run in their bloodline.  They are there to stay and the Palestinians would be better off if they would accept that fact and work together with Israel for the betterment of their people.  After all, Israel is not trying to run them out.  Israelis gave up living in Gaza years ago in the name of peace.  They've been kicked in the shpelkas for being more than reasonable and peaceful.  The UN does not know how to measure acts other than the black and white kind.  Leave or stay.  Since Israel is staying, they are in the wrong in their eyes.  No matter what great lengths Israel has gone to not hit Arab citizens  in Gaza in their defensive operations, it hasn't mattered a twit to the UN.  At least it matters to Israel.  They know they did everything in their power; something their enemy would never do for them.

Resource:  http://www.breakingisraelnews.com/44037/iaf-strikes-gaza-rocket-launcher-following-attack-idf/?utm_source=Breaking+Israel+News&utm_campaign=d380a7a126-BIN+Email&utm_medium=email&utm_term=0_b6d3627f72-d380a7a126-83518689#0hHUmjWPA00thupB.97
Additional:  http://www.jerusalemonline.com/news/politics-and-military/military/idf-attacks-in-gaza-in-response-to-rocket-fire-towards-israel-14186%20?utm_source=ActiveCampaign&utm_medium=email&utm_content=IDF+attacks+Gaza+in+response+to+rocket+fire%2C+Islamic+State+destroys+ancient+city+of+Tadmur%2C+9+arrested+for+lynching+Syrian+rebels+and+more+news+at+JerusalemOnline&utm_campaign=MiddayNewsletter
Posted by Nadene Goldfoot at 7:32 AM No comments:

What Provoking War With Israel Will Bring


Israel has been attacked either  by surrounding nations or the many  terrorist groups that have sprung up around her since 1948 in their War of Independence that started on November 29, 1947.  68 years of such stubborn actions to show they do not want to make peace with Israel and the ensuing damnations from their sympathizers are something Israel's military has to be constantly prepared for.  Israel is on the alert from attacks by Hezbollah in Lebanon now.  Recent threats have come from Hezbollah's Hassan Nasrallah.  Gaza has started firing missiles into southern Israel.

Lebanon is another small country who is Israel's neighbor harboring Hezbollah.  Lebanon had the normal population of about 4,196,453 but today must have doubled or tripled with Syrian refugees added to the mix.  This was the fun state to come to for vacations, as it was only 60% Muslim and used to have a Christian majority government.  Today, Hezbollah terrorists have taken over.  They are sponsored by Iran.  The citizens of Lebanon have gone along with them, one even showing  a picture of their leader on their living room wall.

Their ideology is that of Shia Islamic fundamentalist terrorism as a political party.  Their goal is to establish an Islamic state across the Arab world and eliminate Israel.  They believe in fighting "Western imperialism" which would be the USA, for one.

They support Palestinian terror groups, set up cells in Judea and Samaria and Gaza, and continuously attack across the border of Lebanon/Israel.  The USA State Dept lists them as a terrorist organization.

Maj. Gen. Amir Eshel of the IAF in Israel in an interview with a German newspaper, explained how they have now warned Lebanese civilians of upcoming attacks and said that if provoked, they will not restrain themselves.  They've warned Hamas and Hezbollah and told them they'll hit their command centers whether they are in a building in Lebanon or Gaza if attacked.  They have reason to believe that Hezbollah has been preparing for the next combat round with Israel and to realize that Israel will be forceful.  They will do everything in their power not to hit citizens, and will be told to evacuate first.

Hezbollah and Hamas are working together to provoke Israel.  .  In the last several years the terrorists have been transferring their military facilities into civilian areas, again using their own population as a human shield.  This is so terrible since the population is over- flooded with refugees and they are living in every empty nook and cranny they can find.

Hezbollah has been working hard to prove that Israel has no right to be in the Middle East.  They are trying to undermine their legitimacy in the region.  So they fight.  I suppose they were much happier under the crooked Ottoman Empire who kept everyone down.  Well now, they are probably going to ruin this happy oasis of fun and games that Lebanon has been, sort of like the Las Vegas  or Paris of the Middle East.

Hezbollah has been acting as if they are the great provider for their country, the protector. That seems to be how the public is viewing them. 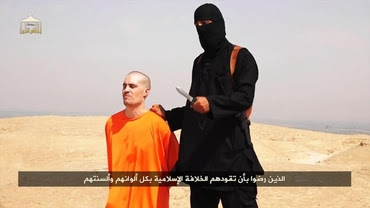 When asked in a TV program last night what their greatest problem is right now, a representative of Lebanon's programming  said it was ISIS.   Once they solve that problem, they can fact the Israeli problem, he inferred.  Evidently he'd be happier if Israel were out of the way, too. 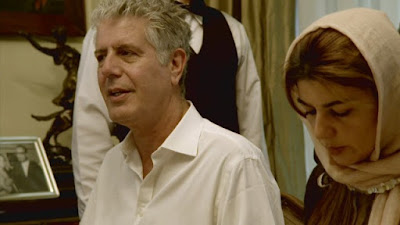 Last night CNN's Anthony Bourdain, Parts Unknown, featured his 3rd trip to Beirut called Back To Beirut,  and as a chef, showed different scenes of Anthony eating lovely food there.  In one scene they spoke with an educated English speaking Syrian refugee telling about their horrid living conditions and the next scene was in a gorgeous American style kitchen and dining room eating enough food for any army that looked scrumptious.  What caught my eye was the picture on the living-room wall of Nasrallah, and his comment about doing without Israel later.  An interview of a young Syrian lady refugee asked her what would happen to her when her visa was up, which was in a few months, and she didn't know.  She feared she'd have to return to Syria and die there.  I have a friend in Damascus.  I am worried about him and his family as well.

Here Israel is taking care of  many Syrian refugees'  bodily injuries and the general population is following their leaders'  detestable attitude towards Israel.  It was Lebanon's Christian Militia led by Major Hadad in the 80's when they were pretty good friends with the Lebanese Christians.  .

Israel warned and warned and warned Gaza civilians of their coming to attack the terrorists who had attacked them, but it did no good.  They had used text messages and phone announcements and still they didn't move.  This enemy's immorality kept them in full view of impending attacks and in harm's way.

Resource: http://www.jerusalemonline.com/news/politics-and-military/military/iaf-chief-says-if-hezbollah-attacks-response-would-be-very-forceful-14121%20?utm_source=ActiveCampaign&utm_medium=email&utm_content=Flotilla+left+Sicily%2C+Explosion+in+Afghan+Parliament%2C+new+Iranian+bill+could+prevent+nuclear+deal+and+more+news+at+JerusalemOnline&utm_campaign=MiddayNewsletter
http://www.cnn.com/shows/anthony-bourdain-parts-unknown
Posted by Nadene Goldfoot at 11:14 AM No comments:

4,594 rockets and mortars had been launched towards Israel.  Gaza and Israel had an unoffical cease-fire.

A cease-fire  lasted for  6 months.  Then in February 2015 , the Palestinians fired one rocket into Israel.

On April 23, Israel's 67th Independence Day (May 14, 1948 birth), a rocket was fired from the Gaza Strip at Israel.  It hit an open field in the Sha'ar HaNegev region near Sderot causing no injuries or damage.  Evidently the Arabs knew Israel was using their Hebrew calendar for this event.

In May, Palestinians fired one rocket into Israel.  It was on May 27th when an M-75 or Grad missile impacted in Gan Yavne, a city east of Ashdod.  No report of injuries or damage were noted.

This month, the 4th of June-Wednesday Israel time at about 11:00pm, Ashkelon and Netivot's sirens sounded because 3 rockets were fired from Gaza at Israel and exploded near those cities.  2 landed in Sdot Negev Regional Council area and 1 near Ashkelon.  No casualties or damage were reported.

This time, after 6 rockets had been shot into their land this year,  the IDF retaliated the next morning with airstrikes against empty Hamas training camps in Gaza.  Then the Palestinians complained to Egypt that Israel was hitting them!

The Times of Israel reported: that "a Hamas source told Israel Radio that the rockets may have been fired by a cell of Salafist extremists allied with the Islamic State in retaliation for one of its members being killed by Hamas on Tuesday. The source said that Hamas was deploying its troops across the Gaza Strip to keep the peace."

So here we have fighting in Gaza over supremacy; Hamas and Salafist IS terrorists.  At this time, Obama is claiming that Israel really doesn't want peace, and it's Israel who is the victim of terrorism and their associated bombing!   I think that all Obama is concerned with is filling in his list of Things to Do during his 2nd term in office, regardless of what's going on.

Ashkelon is constantly in danger from bombing.  In the early 1950s, many South African Jews settled in Ashkelon, establishing the Afridar neighbourhood. They were followed by an influx of immigrants from the United Kingdom.  In 2011 the city had a population of 117,400.  it holds an important hospital for the area that serves both Arabs and Jews.


Hamas Blames Israel for Defending Itself From Rockets-tells Egypt to stop Israel.

Posted by Nadene Goldfoot at 11:44 AM No comments:

IS in Gaza and Rockets Fired Into Israel

Nadene Goldfoot
After a nice respite, Gaza was at it again on Wednesday night, Israel time,  and Ashkelon, Netivot and other communities heard the alarm sirens.

A couple of rockets had been shot into the Sderot, Israel area (Sdot ha-Negev Regional Council) and within a few hours early Thursday morning , the Israel Air force attacked three Hamas targets.

This time around, the IDF is viewing rocket fire very seriously.  Moshe Ya'alon, Defense Minister,  commented that Israel will not tolerate the occasional rocket fire anymore.

The firing turned out to be not from Hamas's Sunni or Shi'a Muslims, but from the extreme Salafi Muslims who have ties with  IS as it was they who claimed responsibility, but Hamas is responsible for such goings on and knows it.  This was in reaction to the execution of an IS terrorist by Hamas in Gaza on Tuesday.

These Salafists call themselves the Omar Hadid Brigades.  They commented, "We are continuing with our jihad against the Jews, the enemies of Allah, and no one will be able to deter us."  We Jews have fallen from the "apple of G-d's eye" to the"enemies of G-d, now with them."

The report is that IS and Hamas have been fighting each other for control.  Saber Siam, an IS leader had been killed by Hamas, but Israel gets the punishment.  Weird logic, Hamas won't mind at all.  I think the idea is to get all the credit and leave Hamas incapable in the public eye.  IS is stealing Hamas's thunder and is making points, they think, from the Gazans.  IS thinks nothing of killing other Muslims that are not members of IS.

Posted by Nadene Goldfoot at 9:21 AM No comments: