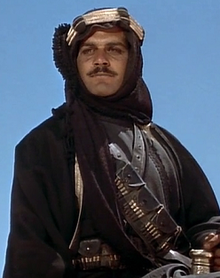 Turkey's Prime Minister, Tayyip Erdogan outraged most of the Western world by calling Zionism a "crime against humanity" at the UN.  At that moment Israeli and Palestinian Authority lawmakers were meeting with each other in Istanbul trying to re-start the peace process.  From being a friend to Israel a few years ago, he has moved towards the Muslim Brotherhood ideals.

On Friday John Kerry, the new US Secretary of State, arrived in Turkey to talk with Erdogan which included some of his strong language.  "At a press appearance in Ankara, Kerry condemned Erdogan’s comparison saying, "We not only disagree with it, we found it objectionable."

I've read an essay from a Turkish newscaster who is as loving and sweet as any young women in my own family.  She tries to answer about the antagonistic stance against Israel that her country has been displaying.  She feels there is a strong bond between the Turkish and Israeli public and hopes that the tension of the last few years is only temporary.  Most of the problem lies with the Mavi Marmara episode when this Turkish ship tried to break the blockade with this ship.  I wish she were president, as she stated that "as the Turkish nation, we want nothing more than the continuance of Israel's existence in peace and tranquility."  Perhaps that's why these meetings took place in Ankara.

Also meeting in Istanbul to discuss Obama's visit was labor MK Yitzchak Herzog. Yitzchak is the son of former president Chaim Herzog and is with the Labor party.  Netanyahu is with Likud.   He was there to speak with PA former official,  Yasser Abed Rabbo.  Neither man is a high official, so possibly took their own initiative to meet together.  Herzog was taped on Israel's Channel 10 News saying that he believes "that there is a chance for peace with their neighbors and we must not give up on it, not even for a moment.  Rabbo was a supporter of the Oslo Accords.  Yet he was promoting the false accusation that Israel had dug mass graves for 900 PA Arabs in Jenin.  He has since been removed from his post as a minister when Mahmoud Abbas took over.  Now he's just an adviser without a title.

If he's so for peace, it's crazy that Rabbo  would be so gullible as to even believe in such a terrible lie.   It's frightening how the Arabs can swallow such lies about Jews, even the intelligent ones in the seat of power. It gets back to the fact that what people would do themselves to others, they think that these others would do to them. It's  sort of like the Golden Rule.  It was not inconceivable to do this to Jews, evidently.  Our beliefs and mores are very foreign to Muslims except for the belief in one G-d. The problem lies on what that one G-d teaches the people involved.    For us to act so differently, the lessons are not understood in the same way.  Evidently this is also true with Christians who even interpret the very same doctrine otherwise.

I suggest that our government get busy and read many books on the subject of the Middle East.  I just read where Kerry read his first book about Islam which was from a very positive and flattering viewpoint.  Now he would be interested in studying about religions if he were not Secretary of State.   He should also read one I've started to read, "The Strong Horse" by Lee Smith.  It's full of insights about the Middle Eastern countries and what they admire in a culture and how they see themselves acting in it.  He's lived in the Middle East and even met Omar Sharif, the Egyptian who played the Jewish gambler, Nick Arnstein in Funny Girl, Barbra Streisand's great love. "His decision to work with co-star Barbra Streisand angered Egypt's government at the time due to Streisand's support for the state of Israel.  She happens to be Jewish. . Streisand herself responded with "You think Cairo was upset? You should've seen the letter I got from my Aunt Rose!" Sharif reprised the role in the film’s sequel, Funny Lady in 1975."

The culture is so different from our Western culture and it's a challenge to understand this great difference.  According to Smith, Israel is not the big problem of the Islamic countries.  I hope all the talks go on well, just like talks between Barbra  and Omar  did when they worked together.  Oh, those love scenes!  .