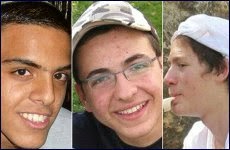 Three teen-aged Jewish boys, Eyal Yifra 19, Gilad Shaar 16, and Naftali Fraenkel 16,  were kidnapped, bound and shot dead by Hamas.  Their bodies were found half-buried two weeks after they were kidnapped on Thursday, June 12th after school.  Celebrations have been going on with Hamas over the kidnapping and people have been handing out candies in their joy.  Palestinian TV is full of programs of hatred for Israelis and Hamas encourages the continued attacking should come from Fatah also.  Evidently it did with this horrendous killing.  The night before a barrage of rockets rained down on southern Israel from Hamas and continued into the next morning on June 29th and 30th.  The rockets have been continuing. 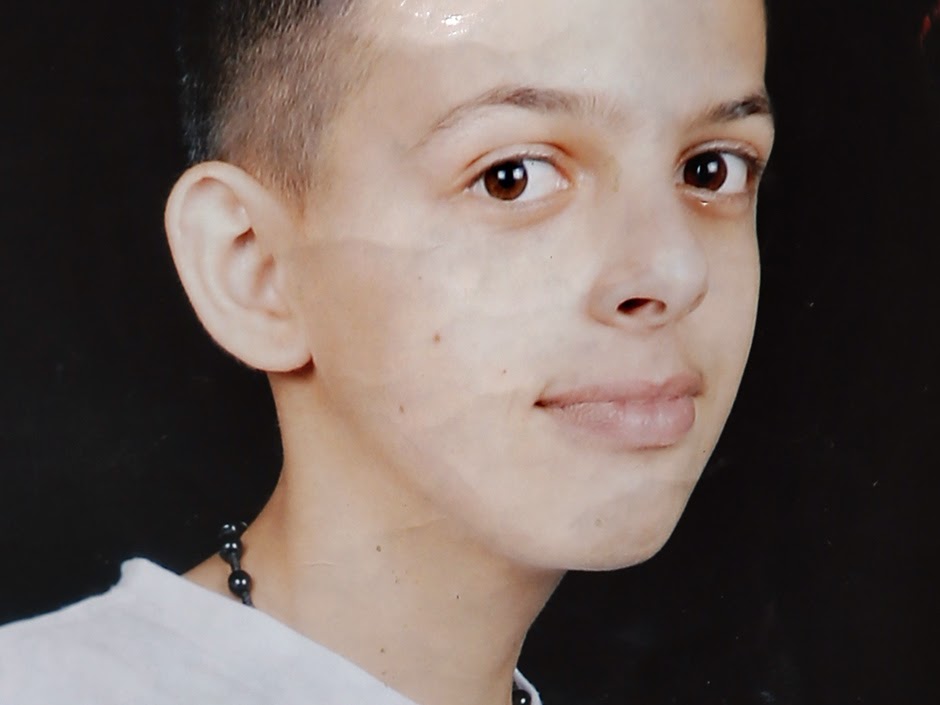 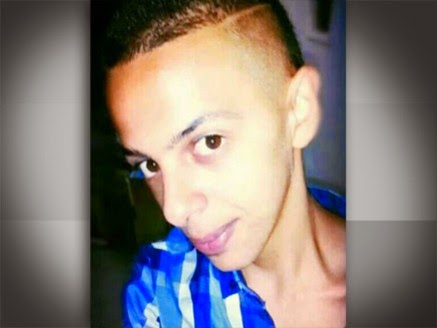 At the same time, suddenly a Palestinian teen boy, Mohammed Abu Khdeir of east Jerusalem,  was found dead and of course the Israelis were blamed for this.  His body was found burned and hard to identify.   The line was that it was done in retaliation and riots have been going on in a frenzy against Israelis in Jerusalem.  More likely, the boy was killed by his own family in another of the honor killings in the Palestinian culture because rumor has it that he was a homosexual.  His pictures showed a  very thin-looking boy.  I note that the Palestinians' rioting is accompanied with the exact description in their news of a "celebration by the Israelis over this."  Hamas has congratulated the kidnapping.  Is it not a wonder then that they were the instigators if not the culprits?   I have seen nothing in the Israeli news of this, only the sorrow felt before with all of Israel praying in large groups for their safe return, the family's sorrow and the resolve to remain committed to Israel.  Every time something happens, the Palestinian news always copies for themselves what they have caused in the Israelis.  They try to turn the tide and make-believe that they are the victims instead of the aggressors.  It's been in Judaism since the Exodus of Moses and the Israelites that we are not to be happy when the enemy dies, as they are also children of G-d.  I cannot picture any of our IDF cheering over the death of this boy.  Immediately they would know the complication that would be caused from such an event, too.  No, this is all hear-say to instigate the Palestinians to riot.

In March  2014 between the 12th and 14th, 60 rockets fell. This was before, during and after Purim.
Today, June 27, 2014:  A total of 6 rockets were fired from the Gaza Strip, with the remaining 4 landing in open territory.
Update: 6/28: In center of Gaza were underground rocket launchers, Israel hit them, retaliation from Hamas of 5 to 6  rockets hitting Sderot, causing fire in industrial section.
Update: 6/30  Gaza has fired 15 rockets into Israel last night and this morning.
Update:   There have been near-daily rocket attacks, followed by Israeli reprisals.
Update: 6/31  More than a dozen rockets fired from Gaza Strip slammed into Israel early Monday morning , following violent days in the south which have seen a rocket hit an Israeli factory and IDF retaliatory attacks kill at least one.  A factory in Sderot was hit and a man in it injured.

1 hour past midnight the colour red siren is heard in Sderot and Sha'ar HaNegev Regional Council.   One rocket exploded in Sderot. None was hurt, but structures got damaged.  "Terrorists in Gaza continue their relentless rocket fire upon Israel on Thursday as a Kassam rocket struck a building in Sderot Thursday morning that is being used as a summer day camp for children. The rocket thankfully did not explode as children were set to arrive minutes before the impact."
Fatah is following Hamas' lead with TV programs calling for the destruction of Israel.  Abbas is saying, Fatah heats up confrontational atmosphere:"Blood demands blood"Jerusalem, declare a revolution!"
Don't expect Abbas will try to cut ties with Hamas now, which is what Netanyahu has asked him to do.  They had united and they seem to be united with Gorilla glue.