Muhammad's Knowledge of Jews-But Palestinians Never Heard of Us 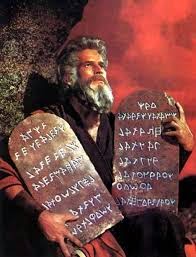 High-ranking PA figures claim that the Jews do not have religious or historical claims to the Holy Land.

The fact is that Muhammad recognized that Jews were "people of the book."  "The Book" was the Bible or Torah.  They were given a special status along with Christians; also people of the book, as Dhimmis.  They could not be killed, but had to pay a higher tax than the rest of the people, sort of like paying for "protexia, protection.  They had a lot of other abominable things heaved on their shoulders as well, things they couldn't do because of their inferior status.  Dhimmitude was like being a 2nd or 3rd class citizen.

Palestinian Arabs such as the PA  don't want to believe or have anyone else know the history of Jews in Palestine. Yet  Muslims have our prophets as their prophets.  They regard Moses as a prophet.  Where to they think they came from?  Do they realize that prophets were Jews? 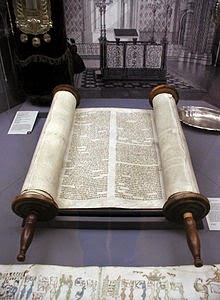 Our Torah ( 5 Books of Moses) and Tanach (Old Testament to Christians)  is our record as Jews of being in Palestine.and before it was dubbed "Palestine." Its ancient names were Israel and Judah.    It's a book filled with our genealogy and the geography of the land.  It's so interesting to everyone that they've even made movies about episodes.  It's graphic in descriptions and details.  This is our record of our history.  Yet they deny it.

How anyone can listen to such statements with a straight face is unbelievable or take them seriously.  Even archaeology has proved our existence there.

In Albert's interview,  he discovered that the Muslims think that if they recognize Israel as a Jewish state,  it would mean accepting the end of their own history and ties and right to Palestine.  Of course!  They have created a myth about being there for 2,000 years, convincing other Muslims far and wide of this.  Such a rumor has traveled as far as Pakistan and Afghanistan, India and who knows where else.  Now they feel they can't lose face by admitting it was all make believe.

Actually, the Palestinian history  in Israel really started with the return of Russian Jews and others around 1880 in the 1st Aliyah movement.  They came in droves after them looking for jobs as they heard they were building.  When asked, most said they were Syrians in those days.  They found some jobs in Tel Aviv.

There were also some Jews there that had never left the land but had converted to Islam in order to survive in the Ottoman Empire, and possibly even earlier. They're part of the Palestinian Muslims of today.   Remnants of their history are being preserved by Israeli researchers who have discovered this.  One has but to examine the homes they live in to see the star of David and other mementos of Jews  having lived there long ago.

There were some Arabs  who had purchased land but never used it for much.  They in turn sold it to Jews at very high prices and left for better places such as Damascus or Cairo or even Paris.

They need to find their own history and will if they dig deep enough and do some good research on census records and such.  They would find living in the neighboring states as part of their heritage and all the history that would go with that.  However,  there is no history of a Palestinian people.  They were not a people.  They are families that have been living in what was initially called Palestine by the Romans who chose that word as an eraser:  They wanted to erase the history of the Jews as well.  It was easier to break Jews with, like horses, to make them obey, to be slaves, to take away their spirit.  That's what the Romans did to people who had been strong.  They took away the name of their country and renamed it.

Jews were also called Palestinians before the birth of Israel on May 14, 1948.  The land had been in the Ottoman Empire's hands up to WWI for 400 years.  They were on the side of the Germans during WWI, and lost the war, and by doing so, they lost their empire.  This is something that the Arabs do not want to accept, but then they fought on the British side.  Because of that, they were rewarded by the British who helped them enter Palestine illegally and didn't record it, and by giving them 80% of the Jewish Homeland that was set aside for the Jews to have when the British mandate came to its 30 year end.

So when they insist that there were never a Jewish people, you'd better check first to see if they even know how to read.  They are denying Muhammad who knew Jews in Medina and who read aloud on the streets for all to hear the stories from the Torah.  According to their own Koran, he even flew there on his flying horse, Buraq,  before he died which was in 632 CE.  He never used the word-Jerusalem, though, but said he went to the farthest mosque.  However, the Koran is full of some insights of his relationship with Jews.

So, aren't they besmirching Emir Feisal's good name who had agreed to the Jews returning to Palestine and building their state?  By denying that the Jews came from the Holy Land, aren't they in effect calling Muhammad a liar?

Posted by Nadene Goldfoot at 10:53 PM