Too Much Trust in The Free Syrian Army Rebels And Why 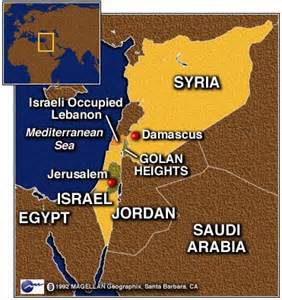 The Free Syrian Army is commanded by General Salim Idris.  This group much history in engaging in joint operations with the Al-Nusra Front which is better known as the Syrian branch of Al Qaeda in Iraq.  Gerneral Idris disavowed the Al-Nusra Front in order to get American military assistance. He denied that the Front was a terrorist group and tried to stop the Americans from blacklisting it.  If he thinks they're kosher, he will go on collaborating with them.  Last October these two groups seized a Scud missile base together.

The Free Syrian Army isn't much better than the Syrian National Council which is already controlled by the Muslim Brotherhood.  Nowhere in rebel-controlled Syria is there a secular fighting force.  The Islamist brigades like the Muslim Brotherhood's Tawheed Brigade and the Islamist Farouk Brigades are the strong leaders of the Free Syrian Army.  It was the Farouk commander who was seen on video eating a Syrian soldier's lungs.  This goes along with what I saw on Syrian TV between 1980-85 in a demonstration of Syrian strength which was meant to scare the beejeebees out of their enemies.  It scared me plenty.

Everyone in the area of fighting the Syrian government seems to already be members of the Muslim Brotherhood.  Idris's 2 deputies, Abdelbasset Tawil of Idleb  has ties to a Salafist Jihadist group, Ahrar al-Sham.  Their goal is to create an Islamic state in Syria.

It is known that fighters and commanders routinely go from one brigade to another.  They have loosse affiliations of militias and are held together by fundraising and ideology.  YouTube videos mark their celebrations of kills and is the way they raise money.  Militias fight among themselves over control of assets like bakeries and oil wells.

Americans are questioning whether we are going from declaring war on Islamic terrorism to arming Islamic terrorists by  John McCain's trip to Syria where he met with General Salim Idris.  McCain is pushing for the USA to have a no-fly zone and to arm these Syrian Sunni rebels with heavy weaponry.  Every time I hear things like this I think that they will soon be used against Israel as they'll get into those hands that would love to attack Israel.  John is confident that the weapons from the USA would go to the "right" hands.  John is snowed enough to say that the rebels are not al Qaida and are not extremists.  He says that al Qaeda only makes up a small percentage of all the rebels.

Right now, only food and aid are going in to displaced people.  The rebels are holding Qusayr after 3 weeks of battle.  They are not going to allow the Red Cross into the city until the battle is over.  The rebels are fighting against Hezbollah terrorists who are allies with the Syrian government.

Assad's government has been terrible.  He has ruled like Czar.  The question is, given the Muslim Brotherhoods' influence, are the rebels any better?  Is this a step up or a step down.  Now Syria is under control of Iran and Iran answers to Russia.  Syria is receiving all sorts of weapons that will ultimately, give them a day or two, be used against Israel, for that is Iran's ultimate goal.  Well meaning Syrians have had to escape the madness and find themselves in refugee camps or other points of refuge.  What sort of government awaits them if they ever find they can return to their deserted homes.

With Israel caught between the devil and the deep blue sea, they would prefer al-Qaeda, says the website algemeister.  That shows you how bad Assad has become.

Posted by Nadene Goldfoot at 3:55 PM