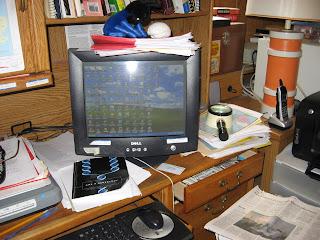 The birth of Intel Corporation took place on July 18, 1968 in Santa Clara, California.  .  It is the largest multinational semi conductor chip maker in the world.   They make the micro processors found in personal computers.

They have had several branches in Hillsboro, Oregon, where many Israelis have come to work.  Intel has also expanded to Arizona and New Mexico.  Reports from Israel this past weekend tell of Intel's undecided decision about where to build a new chip factory.   The two prospects are Kiryat Gat, Israel or Ireland.  They are almost finished building new fabs in Hillsboro and Arizona.  The new fab in Hillsboro is called DIX where they will work on larger,  and better 450-millimeter silicon wafers.  That will affect fabs all over the world.

It all depends on whether or not they can secure a large subsidy from the Israeli government.  Intel wants Israel to pay 10% of the cost, $300 million to $400 million.  This project could boost the company's employment in Kiryat Gat by 3,000.  There is also another site in Haifa, Israel.

Intel has been leasing  a factory to Micron, but Micron is planning on shutting it down, so Intel is either going to overhaul this (fab) or build a new one according to Haaretz and the business publication "Globes."

Intel expanded in Ireland 2 years ago.