Nadene Goldfoot
I'm sure I'm living in Alice in Wonderland's planet.  This is surely an upside down world we are living in today.  I see that Hamas has the chutzpa to be taking Israel to the International Criminal Court (ICC) for something during the constant war between the two;  War Crimes.  Terrorists who terrorize are suing the most legalistic and moral state in the world! Israel!
The sad thing is that people such as the court and others are going along with it.  Logic is not king anymore.
The plaintiff is the spokesman for the PA Executive Committee made up of 45 members.  They have taken their grievance to the ICC.  Dr. Ghazi Hamad is their spokesman, the deputy foreign minister of the terrorist group, Hamas, who have been actively warring against Israel since being given Gaza by Israel.  The committee also includes 2 other terrorist organizations;  the Popular Front for the Liberation of Palestine (PFLP) and the Palestine Liberation Front (PLF).
The prosecutor for the ICC is a woman, Fatau Bensouda of Gambia, Africa.  She secretly colluded with the PA against
Israel according to a Jordanian newspaper. A previous investigation of silly charges of systemic human rights abuses by the British military personnel in Afghanistan and Iraq showed up her conduct of bias.
No wonder that the PA's negotiator, Saeb Erekat, thinks the ICC investigation will prove to be successful in Hamas's favor.  Gambia's standards of moral conduct in war must be a lot different!! 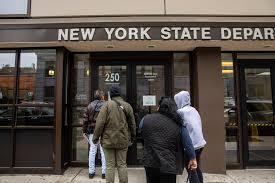 The US State Department revoked her visa in early April 2019.  She had been investigating whether US servicemen or US officials engaged in war crimes in Afghanistan Poland, Romania and Lithuania.  The UN officials criticized the US for doing this.  Was she picking on the US all of a sudden?

Like the US, Bensouda's beef with Israel is expansive.  The ICC is ready to begin an investigation of ALLEGED war crimes by Israeli soldiers against Arab civilian citizens of Gaza, the West Bank and East Jerusalem.  Bensouda said on April 30th that she would go ahead with the investigation if the pre-trial judges of ICC tell her that she is on solid ground to start the inquiry. 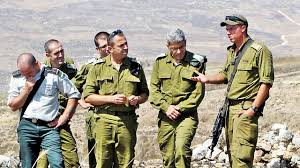 "Legal affairs journalist Yonah Jeremy Bob writes that Israel's   IDF conducted at least 500 probes and more than 30 full inquiries into actions taken by Israeli soldiers during the 2014 Gaza conflict. In 2015, a commission of military figures from several democratic states that reviewed the military operations by Israel in the 2014 Gaza war established that "the IDF not only met its obligations under the Law of Armed Conflict but often exceeded these on the battlefield at significant tactical cost.""

According to the court's own rules, they are breaking the rules if they go ahead.  "According to the ICC's charter, the Court cannot investigate the conduct of non-signatory states of the 1998 Rome Statute that established the Court. Israel, like the U.S., is not a signatory of the statute."  They really have a warped sense of moral law if you ask me.

Hamas, started in 1987,  has been the major player in the terrorist war against Israel.  They have perpetuated 40% of suicide bombings and dominates Gaza.  They use rocket and mortar attacks and are closely tied to Syria, Iran and Lebanon.  Saudi Arabia, the Gulf States, Western Europe, Hezbollah and others fund them. Hamas is listed as a terrorist organization by the US State Department.  They have built a lot of tunnels with that money.  One use of them is to pop up and attack or kidnap. 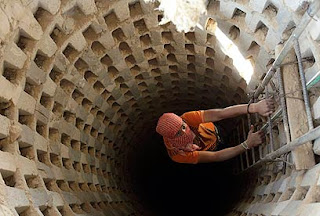 The PFLP (Popular Front for the Liberation of Palestine, started in 1967, have been major players in the 1970s and 1980s.  This and related groups are small and considered miner players today.  They have been in Judea and Samaria (West Bank), Gaza, Syria and Lebanon.  They follow Marxist/Leninist, revolutionary nationalism through armed insurrection and refuse to recognize Israel. They broke off from PLO in 1974, but have rejoined again.

The PLO started in 1964 and is the representative of the Palestinian people.  They are the political party in the PA.  They are accused by the international community of extensive corruption and theft of international aid during its governance of the PA.  They were guilty of plane hijackings, hostage taking, bombings, assassinations, targeted Israeli civilians and Jews globally, and conducted operations against Lebanese, Jordanians and Americans.  They tried to overthrow King Hussein of Jordan and was crushed by Hussein's army in September of 1970.  Arafat was their well-known leader.