Nadene Goldfoot
"If only the British had treated Arabs and Jews equally, and forced the Arabs to obey the law, the two groups might have learned to live together peacefully.

If only the British had permitted Jews to enter Palestine in reasonable numbers, the English and the Zionists could have joined with the Arabs to build a great land."
OR
If only the Arabs had decided to talk to UNSCOP, they might have made some telling points. 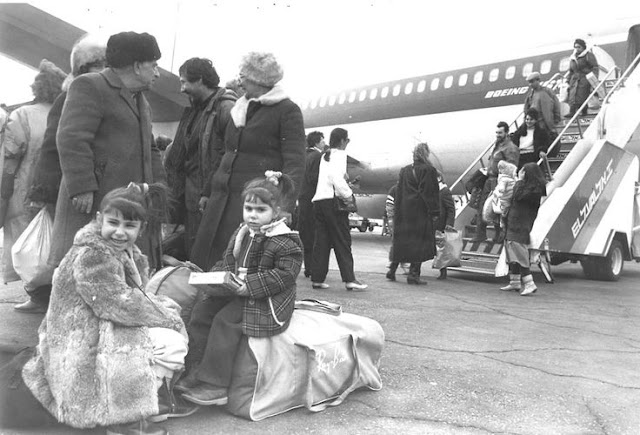 The refugees from Europe needed homes in Palestine because they weren't allowed into Western countries.

The United States, though urging immigration into Eretz Yisrael, kept its own doors locked to the refugees.  During the first 8 months of 1946, America admitted only 4,767 refugees----barely the number on the ship, Exodus 1947. 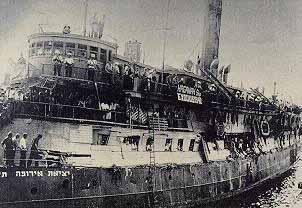 On that ship, the British sailors boarded and took control.  They wore uniforms and white helmets.  The British troops guarded a group of refugee children in Haifa when they were alongside the Exodus.  The ship's passengers were later sent back to Germany.  When the British seized the Haganah's leaky old ships, they would search for "illegal" refugees and send them back to detention camps in Cyprus.

After World War II, Jewish survivors of Hitler's program against the Jews had nowhere to go.  There were 300,000 homeless DISPLACED PERSONS. 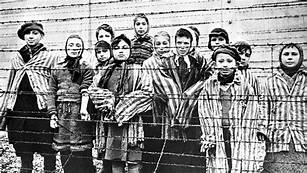 The democracies of the West wouldn't accept them.
Britain refused to let them into Palestine.
There was fighting between the Yishuv of Palestine and the British.
Irgun, a Jewish group of fighters, used violent tactics including blowing up British headquarters in Jerusalem.

My own 3rd cousin was the chief of Intelligence for the Stern Group-the toughest of them all that the Brits referred to as "The Stern Gang."
The Haganah, a very mild following the law group, confronted the British with boatloads of refugees.

Britain finally turned the problem of Palestine over to the UN.  The UN Special Committee on Palestine (UNSCOP), shocked by British cruelty to the refugees on the ship, EXODUS 1947, recommended that Palestine be divided into Arab and Jewish states.  The UN accepted this recommendation on November 29, 1947.

None of these "its" happened.  As a result, battle lines had been drawn.

THE PARTITION PLAN:  The UNSCOP report recommended that Palestine be divided into 2 states:  one Arab, one Jewish.  This is after the League of Nations and the United Nations had voted that Palestine become a Jewish State and that Britain was given a 30 year mandate to help keep order and to help the Jews to have their Jewish State.  Britain had failed to comply.

Zionists were disappointed because of the need to control their holy city, Jerusalem.  They felt such a decision was neither fair and indefensible.  However, they went ahead and accepted the UNSCOP recommendation.

The Arabs rejected the report entirely.

It was up to the UNITED NATIONS to decide what to do.

President Truman pledged American support of the UNSCOP Partition Plan
An Arab victory seemed certain.
Russia surprised the world by announcing that it, too, would vote in favor of dividing Palestine and creating a Jewish state.  This was a first for Russia and the USA to vote together on any issue. 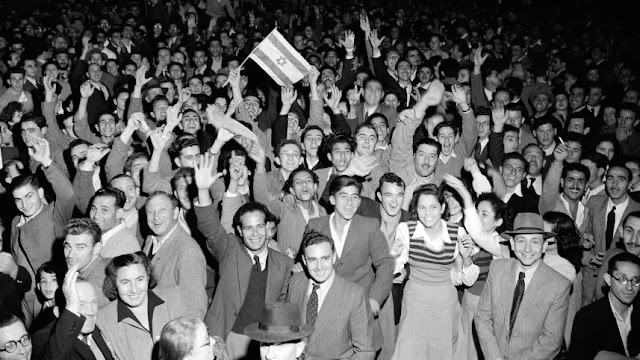 The voting began on November 29, 1947.
Nations cast their vote one by one.
Most European States, many Latin American countries and members of the British Commonwealth joined the USA and Russia in voting.
All Arab states opposed it.
Great Britain did not vote.
The end result was:  33 for of dividing Palestine into one Jewish and one Arab state.  13 against.    10 did not vote.  They had the needed 2/3 majority for approval.
The UN had said the Jews could have a state in Palestine.  It was up to the Jewish leaders, the Yishuv, to make that state a reality.

British soldiers watched Arabs riot toward the Jewish Quarter in Jerusalem.  They did nothing to stop the attack.  Some even shot the locks off the doors of Jewish shops to help Arabs loot and destroy.

In reply to that, the Irgun broke into an Arab movie theater, setting it on fire.
Their intention was to fight hard for their state and not let the Arabs stop them.
Arab forces attacked from every side, destroying and killing Jews.  No Jew was safe.  Arabs were controlling the roads connecting to towns.  By the end of March 1948, the country was cut apart.  Towns in the Negev couldn't communicate with the rest of the country.  Villages in the north were isolated.  Parts of Jerusalem were cut off from each other.
Chaim Weizmann, the chosen president for the Jews, was old, sick and half-blind, but he made a long journey from London for an audience with President Truman who wouldn't even talk to the Yishuv.  The White House said there would be no meeting. 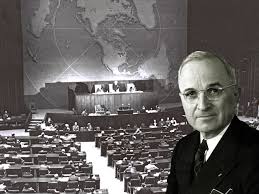 However, and maybe this was a miracle;  Truman had had a business partner who was Jewish, Eddie Jacobson.  They had remained close friends.  Eddy admired Chaim Weizmann.  Weizmann was secretly admitted to the White House.

This was not Weizmann's first merry go round.  42 years earlier he had met with Balfour and talked him into a life-long Zionist.  When Weizmann left the president, he had received a solemn promise that the USA would support the idea of a Jewish state.
Ben-Gurion at age 67 and the Haganah thought that a Jewish state might not survive.  General Yigael Yadin of Haganah thought not, too because food and supplies couldn't be driven past Arab positions on the road to Jerusalem.  The Jewish Quarter was about to starve to death.  The British were handing over key locations to the Arabs!

On May 12, 1948, two days before the last British soldiers were to leave Palestine, General Yadin met with Ben-Gurion and his team.  Many key positions were now in Jewish control.  Morale was high.  But.....

Armies of 5 Arab states had massed to attack as soon as the English left.  The little Zionist army didn't have enough equipment.  They had bought some weapons in Europe but the British wouldn't allow them into Palestine for the Jews.  Could they even survive until the weapons could make it to them?

Everyone was telling the Jews not to go ahead as the danger was too high.  4 leaders voted for delay.  6 said NOW!  The future was decided by 1 vote.

On Friday, May 14, 1948, the street outside the Tel Aviv Museum was filled up with a crowd of people.  At 4:00 pm, Ben Gurion read Israel's Proclamation of Independence. 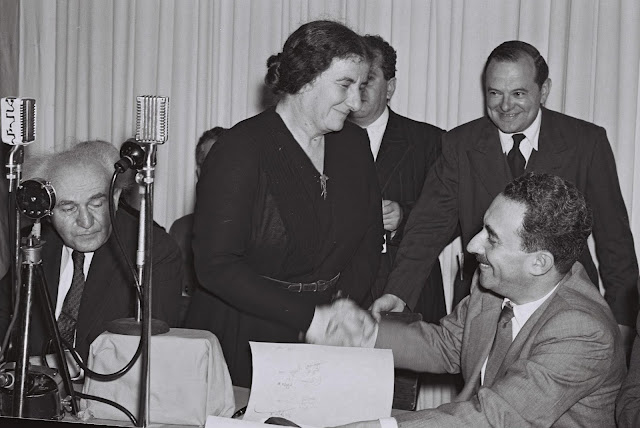 A state was being launched in the land of its birthplace of the Jewish people.  It would guarantee equality to all its citizens, and freedom of religion and culture to all.
"We extend our hand in peace and neighborliness to all the neighboring states and their peoples, and invite them to cooperate with the independent Jewish nation for the common good of all."

That night the Jews of Tel Aviv celebrated both a Shabbat and their independence from Britain and their birth.  No Jew in Jerusalem  had been able to hear the radio broadcast, however.  Arabs had cut off all electricity and were preparing to  attack.   I can imagine at least one or more rabbis wanting to thank those Arabs for helping them to keep Shabbat as the holiday that should take precedence.


Such was Israel's 1st birthday, and now we celebrate her 72nd.