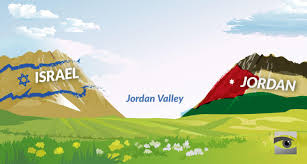 The Jordan Valley is the name of the Jordan rift from its sources near Dan to the southern end of the Dead Sea.  It is also called in Hebew, Kikkar ha-Yarden.  In a more restricted sense, the name is applied to a  plain of the River Jordan, south of the Sea of Galilee to Naharayim, bounded on the West by the Lower Galilean hills.

Its area is about 20 square miles and its climate is tropical.  The Jordan Valley is the cultivated area and is irrigated. A tourist, a grower from an American nursery,  visited "Jordan Valley during his trip and saw how they grow Bananas, Lemons, Pink Grapefruit, Avocados and Mangoes. All of these crops are watered by using drip tape to conserve water due to the scarcity of water in that area."   He toured some farms and saw how they grow Cauliflower, Winter Wheat, Onions, Carrots, Olives, Broccoli, and of course Strawberries.  It is a rural district with local self-government.

The Rutenberg power station called Tel Or, now in disuse, is at Naharayim in the Jordan Valley. 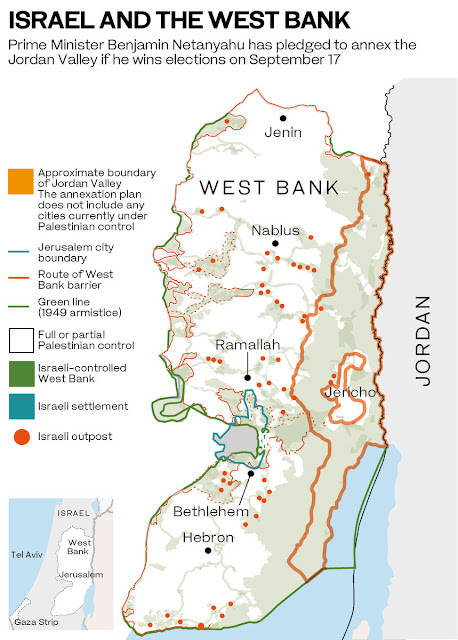 Many Israelis are for this area being annexed by Israel. It's the country-side,
the farming land, the eastern Oregon area of potatoes and onions for
Portland.

The 1995 Oslo II Accords divided the West Bank (Judea and Samaria) into areas A, B and C. 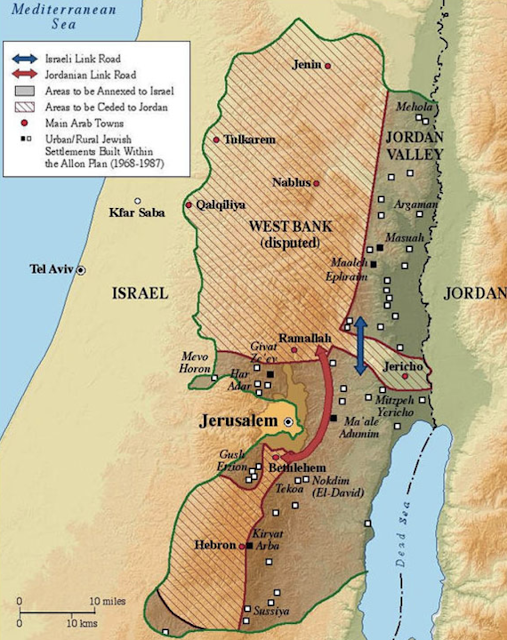 Roughly 90% of the Jordan Valley, constituting approximately 30% of Judea-Samaria, is in Area C and under Israel’s control. The city of Jericho and its surrounding villages are part of Area A, which is controlled by the Palestinian Authority; Israeli citizens are not allowed to enter or build in this area..

Jericho is 825 feet below sea level and goes back 5,000 years to the Neolithic Period.  This city was destroyed by Joshua, the Jewish leader in the Exodus.  (Josh.6).  It was then revived during the reign of King Ahab of Israel in 870 BCE. The city was destroyed by the Romans in 68 CE.  Balsam groves are found in Jericho.

It's surrounded by orange groves and banana plantations.
Jericho had 3,000 population in 1946, a place where Arab refugees in 1948 came to and numbered 61,000 in 1961.  Most of the refugees fled over the Jordan River before Israel troops arrived during the Six- Day War.  Some 8,500 lived in Jericho and another 2,000 lived in its vicinity at the time of the 1967 census.

It looks like Israel will lose Jericho to the Palestinians or maybe even Jordan. 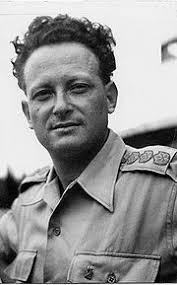 Yigal Allon (1918-1980), Labor Minister after the 6 Day War, Deputy Prime Minister in 1968,  wanted to annex the Jordan Valley feeling it was vital for security as a buffer zone.
He wanted a strip about 10-15 km wide along the Jordan Valley.  An Allon Road was paved and the first Jewish communities were built along the Road 90 and the Allon Road.