Who Are the Palestinians? 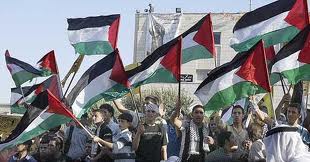 Nadene Goldfoot
In 1882 the Jews came to Palestine in what was called the 1st Aliyah. There were always Jews there since the days of Abraham, but these people came from Europe for ideological reasons as well as from escaping from pogroms.

Knowing that they were involved in rebuilding the land, Arabs followed them hoping to find work. The Turkish and British administrators took little interest in these Arabs, but kept scrupulous records of Jews entering the territory.  These non-Jewish immigrants came from all parts of the Middle East, including Turkey, Syria, Iraq, Lebanon, Transjordan (now called Jordan), Saudi Arabia,  Yemen, Egypt, Sudan, and Libya. These Arabs benefited financially by these European Jewish settlers eager to build a country, and that's why they traveled hundred of miles for the possible jobs.

Palestinians, under the assumption that they are refugees, were either immigrants before Israel's creation in 1948 or the children of these immigrants. When Mark Twain visited in 1867, there were hardly any Arabs in the land at all.

This was all researched by Joan Peters, a Christian reporter who did a fantastic job finding this information. She began by being swayed to help the Palestinian problems of wanting a state and wound up finding out the much different facts that their immigration to Palestine took place during the first half of the twentieth century. People may have condemned Peters' book because of her journalistic style,  such as Professors Noam Chomsky, Norman Finklestein and Porath, but no one has been able to refute her findings.  Joan wrote "From Time Immemorial" the origins of the Arab-Jewish Conflict over Palestine.

Thus, the Palestinians are a mixed group of people who migrated to find work in the Jewish settlements. Now they are going to the peace table in Annapolis, Maryland in late November and demanding part of the tiniest country in the Middle East, Israel. They are backed by all the seven Arab countries who do not want to see a Jewish state in their midst.  Israel is a Jewish state, it's culture is more European and American, and the Arabs have done everything to prevent it's continuance. They have more power than Israel ever has had due to the oil that the Arab countries have and control. There never was a Palestine country. They never had their own country and never even thought of it till Israel was created, and even then they didn't until they lost the 1967 war against Israel.  . They were offered land for a country but turned it down time and time again.  . Though Israel has been attacked and has won its wars with what must be divine help, it's the Palestinians who are calling the shots at this conference and probably future ones, too.  .

Olmert is not exactly popular with his own people right now. Many feel he is ready to give away the baby and the bath water, so if he wants to stay in power, he may have to become tougher with the Palestinians at this meeting. The Palestinians are not happy with Abbas as their representative being he is a member of Fatah, and the Hamas terrorists will not recognize him as having any say in their matters. Under these conditions, Condoleeza Rice will have her hands full. Peace is the objective. Will it mean peace for Israel or a piece of Israel?

Update to August 2013.  Not much has changed.  A peace conference that has started will be going on for the next 9 months.

Resource:  From Time Immemorial by Joan Peters
Book:  "The I:nnocents Abroad" by Mark Twain
Posted by Nadene Goldfoot at 12:08 PM