Rocket and Mortar Attacks into Southern Israel: Before and on Eve of Peace Talks 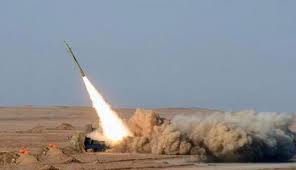 Why shoot rockets into Southern Israel on the eve of peace talks for the Palestinians?  Don't they want peace with Israel?  Evidently not according to those who have shot the rockets as it's a defiant move from Hamas terrorists in Gaza showing their disfavor with Fatah and the peace talks that have already started in Washington DC.

July 18th was the first one.  Two rockets struck the Eshkol region in the evening.  This is land in NW Negev between Ashkelon and Beersheba which borders the  Gaza Strip.   Then again on July 21st. at 10pm another rocket struck the Eshkol region.  The Eshkol region was hit again by 2 mortar shells  which struck on the 24th at 10am.   Now this Tuesday morning,  the 30th,  another rocket struck  into the Shaar Hanegev Regional Council area without killing anyone, thankfully. This is in the same area but also includes the town of Sderot, which has been hit so many times in the past.

A rocket is a rocket, though,  and a mortar is just as bad.  They bring death and destruction if it falls within a populated spot.  One never knows.  It's like Russian roulette.  It brings fear to one's body which can cause a woman to miscarry.  The emotional strain on people adds up to physical problems, and the Israelis have been under such pressure in southern Israel since 2000.

Israel has been hoping for peace ever since they were created once again on May 14, 1948.  That's a long time enduring lots of wars and attacks.  While the repertoire coming out of the Palestinian side is," does Israel want peace" and the reply has always been yes, the Palestinians have never agreed to anything pertaining to a peace pact.  In fact, what Abbas does is praise those who have killed Israelis in public squares and on TV.   Now both the Fatah members and Israel are committed to 9 months of sitting it out and coming to a plan.

Hamas in Gazans been completely cut off from Fatah who reside in Judea, Samaria and East Jerusalem.  Making peace with Fatah hopefully will cause Hamas to agree to the same program.  Israel is actually in the position to have to make peace with 2 entities; not one.  Is there any logic to this war that has been going on?

From winning in the 1967 Six Day War, which was an Arab nation attack on Israel, the Occupied Territories were simply a return to the reconstituted Jewish national Homeland that had been illegally annexed by Jordan in 1948.  The Arabs waged an aggressive war against Israel.  This can be called "Crimes against Peace" and was #1 in the Nuremberg Trial of the Major War Criminals.  It was a crime against Humanity; Israel.

As for East Jerusalem, which the king of Jordan has complained loudly about not wanting any Jewish prayers said on their Mosque grounds, which is also the grounds of our past Temple, is, along with Judea and Samaria, geographically, historically and legally, part of the reconstituted Jewish National Homeland.  These places have been reclaimed by the Jews after several Crimes against Peace were committed against them by the many belligerent pan-Arab military invasions of 48-49 and 1967.

Judea, Samaria and East Jerusalem were illegally seized and then retaken by Israel after 2 illegal wars of aggression and are now with their rightful owner as in accordance to the League Mandate for Palestine.  According to international Law, they are not occupied Territory.  They are legally part of of the Jewish Homeland which is called Israel.  If someone from Australia can figure this out, which many international lawyers have been declaring and we bloggers have been repeating, the 9 month peace program is going to be quite the place to hear some loud shouting.  I hope the defenders of Israel have their notes at hand. So far the attack is on again with 4 rockets and 2 mortars upon southern Israel and the peacemakers are just warming up.