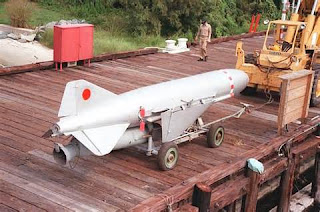 On July 5, 2013, the Syrian port city, Latakia, was attacked.  Hezbollah terrorists were receiving a Russian shipment of improved Yakhont anti-ship missiles there.   The weapons cache were destroyed in the assault. These weapons could have targeted Israel's naval vessels as well as its Mediterranean gas fields.

Hezbollah terrorists have been receiving their military training, weapons and financial support from Iran.  Its political support comes from Syria as this "Party of Allah or God" is a Shi'a Islamic militant group and also a political party based in Lebanon.  The Arab and Muslim worlds regard it as a resistance movement and we; ie;  Netherlands, France, UK, Australia, Canada, Gulf Cooperation Council and Israel  regard it as a terrorist group.  It is on the side of the Syrian government in this civil war.  They were ones involved in the recapturing of Qusayr, a very strategic Syrian town.

Israel is the most concerned party as they would be first on the list of being harmed.  Prime Minister Benjamin Netanyahu said that his government will not tolerate weapons transfers to Hezbolla.  His policy is to prevent such transfers to terrorist groups.  He was interviewed on CBS News program, "Face the Nation" about the Latakia attack and didn't mention who the attacker of the port was.

Netanyahu's other problem is Iran.  He said that they were edging closer to building a nuclear weapon.  He felt that Iran's new president, Hassan Rouhani, was "a wolf in sheep's clothing".  He just smiles and continues to build a bomb.  Rouhani is said to be a moderate in his policies, unlike Mahmoud Ahmadinejad was.  Would the Ayatolla Khomeini allow anyone in as president who wasn't following his prescription for ruling Iran?  Rouhani was one of 3 men involved with Robert McFarlane in the Iran-Contra Affair.  "He also headed Iran's former nuclear negotiating team and was the country's top negotiator with the EU three– UK, France, and Germany – on Iran's nuclear program." He is to take office on August 3rd.

Netanyahu has reports that they're edging up to the red line but haven't crossed it yet.  His conclusion is based on the fact that they are building faster centrifuges that will enable them to jump the line at a much faster rate and will be there in a few weeks.

The US should "ratchet up its sanctions against Iran and if this doesn't work, Iran must be told that that the USA is prepared to take military action.  This is the ONLY thing that will get their attention.  Iran must understand this.

What is the USA doing in other parts of the world?  A month ago, Obama promised arms and ammunition to the Syrian rebels, but now everyone sees that these are really very limited plans.  The USA planned to use the CIA to covertly train and arm the rebels but this could take months as it hasn't even started yet and probably will not  have any effect in the war.  It's not enough to get Assad to negotiate.  The USA has had previous ill effects from taking such steps.  Besides that, the international laws prohibit lethal support to a group trying to overthrow a sitting government, so our Congress is highly skeptical.  We were going to give the rebels AK-47 rifles, anti-tank weapons and ammunition which could find their way to terrorists who could use them to shoot down commercial aircraft.

Syria's government troops had clashes on Sunday on the edge of Damascus.  Their military has had the offensive to retake districts in opposition to them for the past few months.  They had tank shells and artillery that they were firing against the rebels.  Iran continues to back Syria.

Back in the 1980's, Iran, under Rouhani Ayatolla Khomeini(1902-June 3, 1989) arrested, imprisoned and executed thousands and thousands of their citizens because they conflicted with the regime's philosophy. All totaled, 20,000 died.

Today,  Ayatollah Ali Khamenei has the reigns of power and "Iran’s supreme leader has strongly rejected proposals for direct talks with the United States, effectively quashing suggestions for a one-on-one dialogue on the nuclear standoff and potentially other issues."   This supreme leader is the Ayatolla, the head of religious power in Iran, not the president.  The president is pretty much just a puppet.

"The US  further tightened sanctions on the Islamic Republic, which have already cut Iran’s oil revenue by 45 per cent. AP"  It looks like Iran will not bend to nuclear concessions saying the USA is holding a gun to their head.  Instead, they have been  asking for "a six-nation group comprising the permanent UN Security Council members plus Germany" for economic assistance.

Will sanctions work?  We can't count on the UN for understanding or backing.  Two weeks to the red line?   Are we now living in the eye of the hurricane?   What will August bring us?

Rouhani promised to bring about economic stability in Iran and is now incensed over Ahmadinejad's lying about their economic stability.  "Several newspapers quoted Rouhani as saying his team of experts concluded that only an average of 14,000 jobs were created annually from 2006-2012. Ahmadinejad, who took office in 2005, claims his government created hundreds of thousands of jobs."

Again, who rules Iran?  "All key policy decisions rest with the ruling clerics. The most immediate impact by Rouhani could be on economic affairs, which are part of the portfolio of the presidency."   "The hardline supreme leader Ayatollah Ali Khamenei remains the ultimate authority on all state matters, including the nuclear program."  Iran may have voted in a moderate, but the real rulers are not showing signs of softening towards Israel.

Posted by Nadene Goldfoot at 10:39 AM