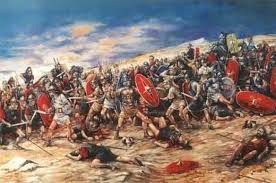 There  is an Arab village named Battir in what is now called Palestine-what used to be only last week, Judea and Samaria.  The name of the place is a Hebrew name; Beitar/Betar.  Here is where Bar Kochba, our general in 132 CE made his last stand against the Romans that lasted for 3 years until 135 when he was killed by them.  As Simcha said, it was comparable to the Alamo in Texas.  The Romans took 50 fortresses and 985 villages.  There were 580,000 Jewish casualties.  Many died of hunger and disease.

Back then Judaea had been occupied by the Romans.  The Jews kept on revolting, like Judah the Gallilean and Jesus of Nazareth ended up on a Roman cross along with tens of thousands more Jews.  Josephus, Jewish historian and writer, said they killed a million Jews on the crosses.  In 70 CE Jerusalem was destroyed. 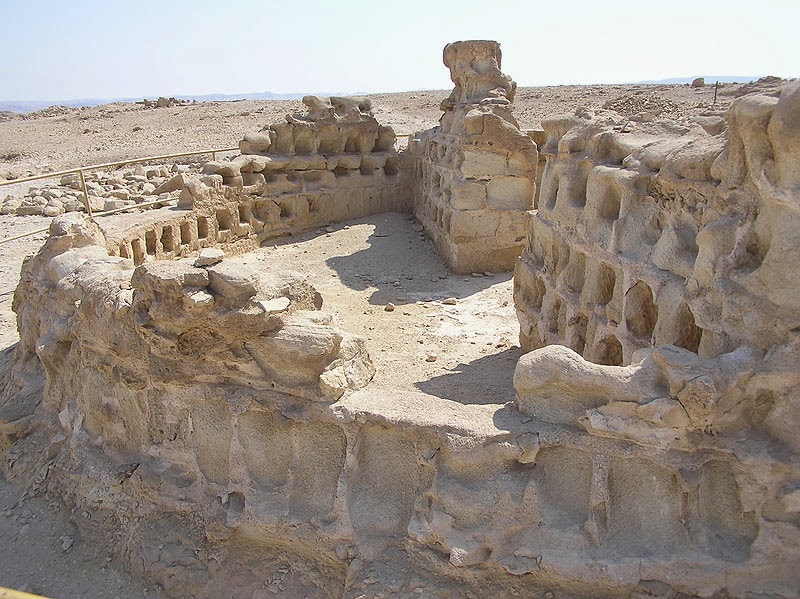 Then in 73 CE the Masada fell to the Romans.  The Masada was  a refuge for Herod's family in 40 BCE when Antigonus Mattathias tried to besiege them there.  Later, Herod built his palace on this high rock of a mountain.  It is located only a mile from the Dead Sea.  It had become a Zealot fortress until 73 when the garrison of 960 under Eleazar  committed suicide after holding out against the Romans for 3 years.  They refused to be taken as slaves.The Romans then exiled the native Judeans they could catch and took their children for slaves and their women for prostitution.  They had left only the weak and the vulnerable, probably the old people.

Even so, some must have been in hiding because 62 years later after Jerusalem fell, they rose once again to join a final revolt with Bar Kokhba (Son of the Star) as leader.  His real name was Bar/Ben Kosiba Simeon and he was the nephew of Rabbi Eleazar of Modiin and of Davidic descent.  This general was fighting the Roman Hadrian who had an army of 35,000.  .  There are many thoughts as to why he revolted at this time.  It could be attributed to the Roman building going on of Jerusalem or the prohibition of circumcision.  They captured Jerusalem but probably didn't take a whole Roman legion.   .In the Torah is the prediction in Numbers 224:17 that a "star will come out of Jacob".  Most people interpret that as meaning the Messiah.  Basically, this was a title for a Messiah.  He held out against the Romans who were the greatest military power on earth  at this time.  He made them very angry, so angry that they renamed Judaea as Palaestina, the name of their enemies, the Philistines.  "The Jerusalem Talmud relates that the number of slain was so enormous, that the Romans "went on killing until their horses were submerged in blood to their nostrils." Hadrian had prohibited their burial, and it wasn't until his successor, Antoninus (Pius), that the dead were afforded a decent burial.

He and his warriors left a labyrinth of tunnels.  They hid below ground and came up for air and to fight.  The tunnels are "monuments to the longest liberation struggle in history, the Jewish struggle for the land of Israel.  Items have been found there of their presence; letters, the lulav leaves and citron for the Feast of the Tabernacles and such.   Coins have been found that were minted with the names Simeon and Eleazar the Priest.

His fall meant the end of Jewish independence for the next 2000 years.  Judea fell into desolation; its population was annihilated, and Jerusalem was turned into a heathen city, barred to Jews.  Today there is a Beitar soccer club in Israel.  UNESCO has dubbed it as a Historical Heritage Site for the Arabs who requested this.  They're not interested in Israel's history, however.  They just want to keep Israel's security barrier from running through the village lands.

The barrier is to keep out Palestinian terrorists out of populated Israeli areas.  It's there to stop suicide bombers from blowing up buses and restaurants as well as themselves, and to keep kidnappers from taking Jewish children.  The Palestinians see it as an infringement on their rights and want it all unfenced.

This just doesn't work, because when something awful happens, it's never condemned by the UN.  "It's the Israeli reaction to the terror that gets that Jew-hating institution going."  So Israel need this security as long as the situation hasn't changed.