Tension has been very high along Israel's borders with Syria and Lebanon since the reported Israeli air strike on January 18th in Syria's Quneitra region that killed high-level Hizbullah terrorist operatives and a general of the Iranian Revolutionary guards,  Gen. Mohammed Ali Allah Dadi, along with noted Hezbollah operative, Jihad Mughniyeh.

Netanyahu promised to respond to the Hizbullah attack "with force," and warned Hizbullah to look at Israel's offensive in the Gaza Strip last summer as an example.  (The Media Line, Jewish Press Staff resource. )

Tuesday, January 27, 2015,  2 rockets were fired from Syria into the Golan Heights in retaliation for Israel's recent airstrike in the Golan Heights. -  Hizbollah terrorists took responsibility.

On January 28, 2015 the Israeli army patrol was on the Lebanese border near the  Havot Sheba'a Farms, also Har Dov,  and came under anti-tank fire from Hizbullah operatives in Lebanon.  Israel responded with artillery and air strikes in southern Lebanon. "The land involved  is a small strip of disputed land at the intersection of the Lebanese-Syrian border and the Israeli Golan Heights. The territory is about 11 kilometres (7 mi) long and 2.5 kilometres (2 mi) wide. Syria had control by the 1950's.  In 1981, Shebaa Farms was annexed by Israel as part of the Golan Heights, a move not recognized by the international community, but it had come to Israel through the 1967 War against Israel where Israel had won.  All that time, Israel had been bombarded from the Golan Heights.   "Hezbollah claimed that the withdrawal was not complete because Shebaa was on Lebanese - not Syrian - territory.  After studying 81 different maps, the United Nations concluded that there is no evidence of the abandoned farmlands being Lebanese." 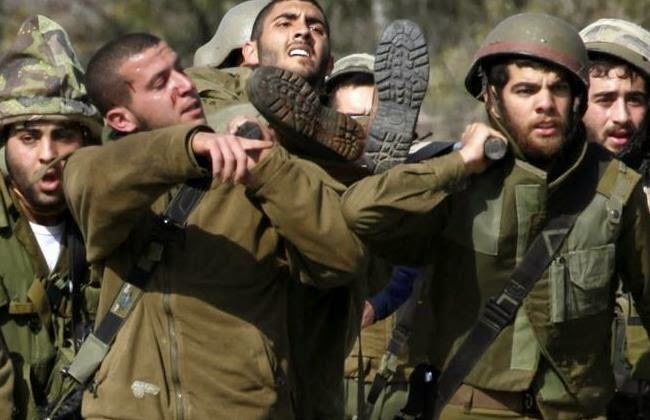 7 wounded IDF solders were tended to and  2 IDF were killed in the attack.  This took place near Mount Dov.

Hizbullah positions were in the town of Al-Majid.  They took responsibility saying that its Quneitra Martyrs Unit targeted the IDF military convoy.

A UN peacekeeper from Spain was also killed in the heavy exchange of fire after the incident happened.

"Some Israeli officials believe a deadly anti-tank rocket attack on IDF forces last Wednesday, January 28th  on the Lebanon border by Hezbollah was originally intended to be the opening salvo of a far-larger Iranian-backed operation against Israel in February and March, and was not “merely” a revenge attack for the Israeli air strike."

"All parties are strongly urged to continue to abide by their obligations under Security Council resolution 1701," Kaag said of the resolution that put an end to the 2006 summer war between Lebanon and Israel.

Posted by Nadene Goldfoot at 8:36 AM