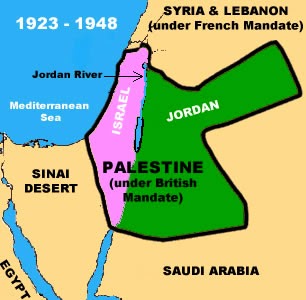 "The fact that there are these refugees is the direct consequence of the action of the Arab States in opposing PARTITION and the JEWISH STATE.  The Arab States agreed upon this policy unanimously and they must share in the solution of the problem."  Emil Ghoury, September 6, 1948 to the Beirut Daily Telegraph.  "(Arabic: إميل الغوري‎, alternatively spelled Emil Ghoury) (1907–1984), a Palestinian Christian, was Secretary of the Arab Higher Committee (AHC), the official leadership of the Arabs in the British Mandate of Palestine. He was also the general secretary of the Palestine Arab Party.

In May 1947 Ghouri was nominated by the AHC as a member of its delegation to represent it before the United Nations in its special session for Palestine.
In 1947 there were about 1 million Arabs in all of western Palestine. After the War of Independence that started on November 29, 1947 when Arabs responded with violence to the UN resolution on Palestine and the partion, the war lasted until the signing of the Armistice Agreements in 1949.  Then there were only 140,000 Arabs in Israel.  The total number of Arabs who left and became refugees couldn't have been more than some 420,000.  (p. 22)
The partition plan had been a result of military operation and was different from the original scheme;  Jewish Jerusalem and the Jerusalem Corridor, western Galilee including Nazareth, Jaffa and certain sections of the Negev were incorporated into Israel.  The Arabs refused the deal so the proposed Arab state never came into being.  The  Arab areas were taken over by Jordan and Egypt, and a recommended economic union was not implemented, most likely due to the immediate attack on Israel as an answer to the partition.  All this had been started as far back as 1937 by the Peel Commission.  10 years of planning didn't get the result because the Arabs had wanted more, actually, as we have discovered later,  the whole state of Israel.
Heads of state later inflated numbers; even Emil Ghoury was caught doing that, but records show what original facts were.
Nearly half of the refugees were in the Gaza Strip; 155,000 out of 367,000.  The control of the Strip was in the hands of Egypt.  Jordan, Lebanon and Syria never restricted the movement of refugees or stopped them from trying to rehabilitate themselves as long as they didn't give up their refugee status.  Egypt, however, maintained a strict separation between "refugees" and the population of the area.
This remained a refugee problem with a difference. Many of the Arabs who were in western Palestine had their neighborhoods annexed by Jordan in 1950.  In Syria and Lebanon the refugees took their support into their own hands and became fairly self supporting while continuing to supplement their earnings with free food, free medical supplies and shelter provided by UNRWA.  Those who were either unwilling or unable to work or who were forcibly prevented as those were in Gaza numbered less than 400,000 on the eve of the Six Day War, June 4, 1967.  The war lasted from June 5th to June 11th.
I note this has been a huge problem today for Syrian refugees from their own Civil War with Assad.  Those that fled to Egypt had been promised refugee status by Morsi of the Muslim Brotherhood in order to garner more votes for himself, but he was kicked out and the refugees could then no longer sign up as refugees.  Some didn't even want to sign on as a refugee because then their movement was curtailed.  They would then be forced into refugee camps.  Those who didn't sign up were able to try to find jobs, though they were as hard to find as jobs are in the USA today.  With a Syrian passport they were only able to travel to Muslim countries.  Now UNRWA is faced with Palestinian refugees from 1948, the longest period of time for anyone to be on refugee status, and the newer refugees from today's wars in the Middle East.
In 1952, Jordan, Egypt and Syria all signed agreements with UNRWA to execute a plan for integration which was to cost the UN $200 million.  It was adopted by the General Assembly of the UN on January 26, 1952.  They never took any steps to implement the plan.  Not one single project was ever started.  The UN Secretary General at that time had been Norway's Trygve Lie.( b: July 6, 1896-d: December 30, 1968 at age 72.)    "As Secretary General, Lie supported the foundations of Israel.  His passionate support for Israel included passing secret military and diplomatic information to Israeli officials."  Being he was the first to this post, and there were many other problems in the world at the same time, this was left on the table.

The land of Palestine had been promised through the English Balfour Doctrine to become the Jewish Homeland, but before the ink on the paper was dry, England had given away 80% of the land to become Transjordan-later just Jordan-to Abdullah of Saudi Arabia who had been cheated out of his kingship there.  His reward for fighting was to be King of Transjordan. 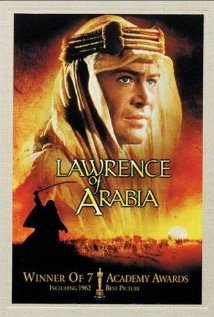 He was the one in the British made movie, Lawrence of Arabia,  who joined up with the British to fight against the Germans in the First World War (1914-1917).  The movie had Peter O'Toole as TE Lawrence, Alec Guinness as Prince  Feisal, and Omar Sharif playing as Sherif Ali, a fictional character in the movie.  I thought he was Abdullah. ( Between 1916 to 1918, working with the British guerrilla leader T. E. Lawrence, Abdullah played a key role as architect and planner of the Great Arab Revolt against Ottoman rule, leading guerrilla raids on garrisons).  Emir Feisal was the one brilliant Arab leader who was for Jews creating a state.  He hoped his own Arab people would benefit from them as they were skilled people who could uplift their status, and after all, they were cousins who also believed in one G-d. In real life,  "Abdullah's relations with the British Captain T. E. Lawrence were not good, and as a result, Lawrence spent most of his time in the Hejaz serving with Abdullah's brother Faisal who commanded the Arab Northern Army."
Out of the 20% left which is western Palestine, the Israelis are expected to allow enough land to become a Muslim -Only -Palestine for the Arab refugees.  Other Arabs, 1.7 million, are already full citizens of Israel who didn't flee from the Jews at the sign of Arab attack, but stayed and held onto their homes regardless.  Those who became refugees had been promised by their Arab leaders not only their own homes back but those of the Jews also, so wound up with nothing.  Here, greed (coveting) did not pay off at all.
Resource: Battleground by Samuel Katz, p. 22, 26-27, etc.
http://en.wikipedia.org/wiki/Emil_Ghuri
http://www.imdb.com/title/tt0056172/
http://en.wikipedia.org/wiki/Lawrence_of_Arabia_(film)
http://en.wikipedia.org/wiki/Abdullah_I_of_Jordan
The New Standard Jewish Encyclopedia on partition
Posted by Nadene Goldfoot at 9:57 AM