Before WWII was declared, the conditions for Ashkenazi  Jews in Germany were becoming horrid.  In the early 1930s all the anti-Semitism in the world was causing the Germans to take out all their problems on the Jews.  Hitler was starting his hold on Germany with great force-against Jews.  Jews like Albert Einstein were already getting out of Germany.

I am still awed that my uncle Werner was able to get out in 1939 when the doors were about to shut on all Jews.  I know that it took all of his family's money to buy him a ticket on the SS Washington.  They could only afford to get him out.  The family plan was that he would work in the USA and send money to them to leave.  Hitler moved much faster than they realized.  By 1941 Jews were being slaughtered by the thousands at a time; shot, gassed, terrorized, beaten and starved to death. 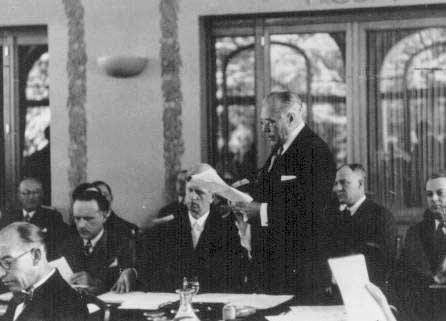 In July 1938, President F.D. Roosevelt of the USA held a 9 day  conference with 32 nations on the REFUGEE problem at Evian, a French resort.  Hitler's hidden agenda in the beginning was to exterminate all Jews in the whole world, starting with Germany's and then moving onto all of Europe.  Those that were leaving Germany early-on were becoming refugees wanting admittance to other countries.  You had to have a Visa to get into the USA.  In Germany, that was like buying gold.  They were very expensive.  This was an extreme emergency.

"Before the Conference the United States and Great Britain made a critical agreement, to wit: the British promised not to bring up the fact that the United States was not filling its immigration quotas, and any mention of Palestine as a possible destination for Jewish refugees was excluded from the agenda."

Americans remained reluctant to welcome Jewish refugees. In the midst of the Great Depression, many Americans believed that refugees would compete with them for jobs and overburden social programs set up to assist the needy.

"39 private organizations and some 24 voluntary organizations and reps from the 32 countries met and formally discussed the issue among themselves, both orally and in writing. Golda Meir, the attendee from Palestine, was the only representative of a landed Jewish constituency, but she was not permitted to speak or to participate in the proceedings except as an observer."

The League of Nations, the first presentation of the United Nations, was like today's group;  inadequate.  Countries were not volunteering to tackle the problem of taking in refugees.  I might add that 1929 was a terrible year all over the world when the stock market crashed in the USA.  People were having financial problems everywhere.  Even in Palestine, Haj Amin al-Husseini, the Grand Mufti of Jerusalem was causing Arabs to riot against Jews coming into the country which they were supposed to be able to do.

Finally, an Inter-Governmental Committee for Refugees was established and continued to operate until the outbreak of WWII.


Each country had its own stipulations about accepting a refugee.  My uncle needed someone to be a backer in the USA, to take financial responsibility, which my great Uncle Max did.  He then got my father to hire Werner, who was a sausage maker and my father was just starting up his own wholesale meat packing businesses.  It was a blessing because my father had a single sister, and Werner and she married.  Now we find that ages ago, Werner's family had been connected with our family, as they both carry matching genes.  How awesome can the world be?  Our genes connect back to King David.

"Even efforts by some Americans to rescue children failed: the Wagner-Rogers bill, an effort to admit 20,000 endangered Jewish refugee children, was not supported by the Senate in 1939 and 1940. Widespread racial prejudices among Americans -- including anti-Semitic attitudes held by the U.S. State Department officials -- played a part in the failure to admit more refugees." 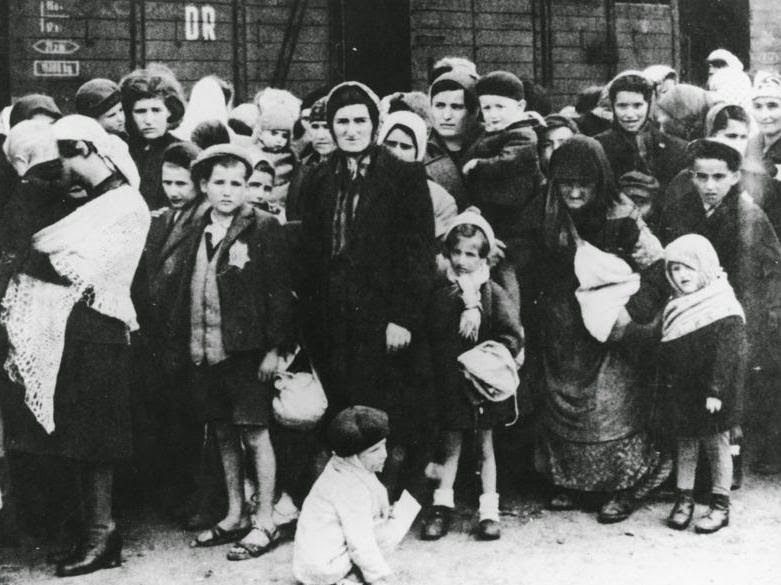 Britain offered homes for Jewish immigrant children *and proposed Kenya as a haven for Jews, but refused to back a Zionist state or to take steps that might imply the legitimacy of Hitler's policies.

Jews couldn't get into many South American countries because they had to have a baptism certificate, and of course Jews are not Christians with such papers.  England was not allowing Jews in even when their ship pulled up to the shores, but they allowed Arabs to come illegally.  The White Paper issued by England in 1939 held the refugees at bay.  It had a limit of 75,000 Jews each year entering for a 5 year period starting in 1940-1944.  This was exactly the period Jews had to get out of Europe.  They hadn't realized until too late that Hitler was going to kill every Jew in Europe.