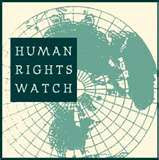 
Since the beginning of 2010, rockets have been flying into Israel from Gaza fired by Hamas terrorists. There has not been a month that goes by without rockets landing in civilian neighborhoods. That said," more than 11,000 patients with escorts have left the Gaza Strip for medical treatment in Israel." This was in 2009. Usually Ashkelon's hospital receives them. By taking in the enemy, Israel is taking great risks, but being a humanitarian society, they have continued to do so.


"Israelis ask that Palestinians change cars at the border because cars had been rigged to explode. A woman on crutches was changing cars. She fell down. Three Israeli soldiers ran to help her get up. She blew herself up, killing the four of them. The Hamas government is preaching genocide of Israel, yet Israel is treating Gaza's sick."


180,000 Palestinians have been treated in 2010 in Israeli hospitals. Judea and Samaria also have their casualies and come to Israel for treatment. "To Israel, the answer to these questions is clear. According to its Division Medical Officer “The treatment of the Palestinian population is first and foremost a moral and professional obligation for every one of us. Do we treat them? There is no question about it. "
What does Hamas do? It has become their practice to target hospitals where Palestinians are being treated. Ashkelon's hospital has had to create a hospital underground in order to continue its work. Ashkelon's Barzilai Medical Center is Israel's front line hospital on the Gaza border. They have medical care for the surrounding 502 square miles with a 500 bed hospital and a level 2 trauma center. They target civilian towns such as nearby Sderot and schools and hospitals as well as anyplace within reach. Their reaches have been lengthening. 1600 Kassam missiles attacks happen each year since 2006. They have treated 1400 patients with acute and post traumatic stress disorders and diseases since then. Each year they admit 100,000 emergencies. They have 150% constant occupancy each year. Even their cafeteria has regularly been converted into hospital bed space. This is not unusual for Israel. In 1981 I was admitted into the army hospital in Haifa and had to be kept in the hallway immediately after surgery. There was no room for me then. The next day, I was brought to a ward with many women.

Robert Bernstein, founder of Human Rights Watch in 1978, commented "that it struck him as bizarre that in an asymmetric war of attrition, which we're still learning about how to fight, a nation cares for the sick of a neighbor that is preaching genocide to its people, and the only human rights comment has been that they are not doing it well enough. " Robert has spoken out criticizing the group he had founded.