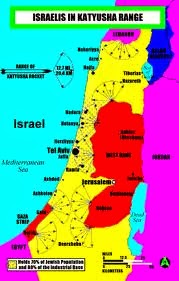 
Israel has been through countless wars with the Arabs since 1948 and has won. Now the attack is to cry that Judea and Samaria are settled illegally by Jews. These charges are politically motivated and without foundation in international law. I'm sorry to see that even some Jewish lawyers have been sucked into such propaganda and have become instruments in challenging Israel's right to survive.


Therefore, cities and towns in Judea and Samaria cannot be considered illegal. They cannot be a grave violation of the Geneva Convention and do not constitute a "war crime". This is without legal basis.


The only administration which prohibited Arabs from selling land to Jews there was the Jordanian occupation administration during its 19 years of rule from 1948 to 1967. Egypt's occupation from their armed invasion of Israel in 1948 and Jordan cannot legally invalidate rights and titles that remain valid to this day. Both had illegally occupied this land, so their claim was automatically invalid. Judea and Samaria were originally intended to be part of the Jewish State when discussions first started in 1919 after the first World War when the Ottoman Empire fell.


International legal scholar Stephen Schwebel said that a country acting in self-defense may seize and occupy territory when necessary to protect itself.. That's what happened in 1967 when Israel was surrounded by 250,000 Arab soldiers, more than 2,000 tanks and 700 aircraft by Egypt, Syria, Jordan, Lebanon, Iraq, Algeria, Kuwait, Sudan and other Muslim countries. They were all aided by Russia, and they were bent on completely destroying Israel. Besides that, they had managed to close the Gulf of Aqaba, a lifeline for Israel.


The war started on June 5th and a cease-fire was invoked on June 10th, which came to be called, The Six Day War. The Israelis almost made it to Cairo but stopped. After that Egypt and Jordan changed in their attitudes of destroying Israel. That's when Israel obtained Judea and Samaria and East Jerusalem. Therefore, the land was not under the sovereignty of any state and came under Israeli control in a war of self-defense, imposed upon Israel.


Agreements between Israel and the Palestinians contain no prohibition whatsoever on building or expanding communities. It is specifically provided that the issue is reserved for permanent status negotiations which are to take place in a concluding state of peace talks. So far, Fatah refuses to come to a peace negotiating table. Israel had even invoked a 10 month freeze on building in Judea and Samaria in order to pacify the Arabs, but to no avail.


Jewish communities are not intending to displace Arab inhabitants. The land has become a patchwork quilt of neighborhoods, just as many American communities have become. South Portland in the early 1900's was a neighborhood mixed with Jews and Italians. They all got along fine because nobody was instigating them not to live in peace. Failing Grade School was a model of success being a smorgasbord of nationalities.


The problem today lies in the fact that the Palestinians want Judea and Samaria all to themselves without any Jews. Not only that, but they want every Palestinian living outside the area to return and live there. This would be a monumental travesty. The 4th largest Jewish city, Ariel, has over 16,000 inhabitants. Israel is not a large area. Almost everyone living there lives in apartment buildings. This is how they are planning to drive Israelis into the sea.
Reference: Myths and Facts by Mitchell G. Bard & Joel Himelfarb
Jewish Virtual Library
http://israel-nadene.blogspot.com/2012/07/justice-edmond-levy-rules-israel-has.html
Posted by Nadene Goldfoot at 12:12 PM