Nadene Goldfoot
"73–63 BCE: The Roman Republic extends its influence into the region in the Third Mithridatic War. During the war, Armenian King Tigranes the Great takes control of Syria and prepares to invade Judea and Jerusalem but has to retreat."

63 BCE: Roman Republic under Pompey the Great (106-48 BCE-Roman General) besieges and takes Jerusalem and the Temple from Aristobulus' supporters.  Judea was made a tributary and stripped of the territories acquired by the Hasmoneans.  Pompey ended the Jewish independence they had had since Simon the Maccabee.

Pompey sacked Jerusalem and installed Hasmonean prince Hyrcanus II as Ethnarch and High Priest but not as king. Some years later Julius Caesar appointed Antipater the Idumaean, also known as Antipas, as the first Roman Procurator. Antipater's son Herod was designated "King of the Jews" by the Roman Senate in 40 BCE but he did not gain military control until 37 BCE. During his reign the last representatives of the Hasmoneans were eliminated, and the huge port of Caesarea Maritima was built.

Leading up to Jerusalem and the 2nd Temple's destruction, Antipater ruled Judea from the year 63 to 43 BCE.  He was the son of the ruler, Antipas of Idumea, (Edom-also called Mt. Seir) of the 1st century BCE.  The land of Edom lay South of the Dead Sea and bordered on the Red Sesa of Elath and Ezion Geber.  They were of Semitic origin, traditionally descendants of Esau, twin of Jacob,  sons of Isaac, son of Abraham,  and were hunters.  He grew rich from trade with Arabia.  He helped the Romans.  He was the father of Herod.  Esau had become his twin's enemy, and they were not identical twins. 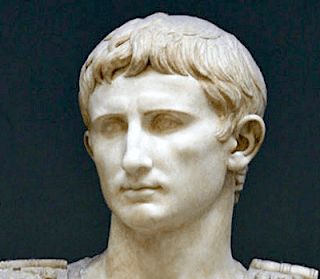 1st Emperor Augustus reigned from 31 BC to 14 CE.  He was grandnephew of Julius Caesar.

Herod the Great had a campaign to take the throne of Judea.  He took siege of Jerusalem in 37 BCE.  Mark Antony (Marcus Antonius) helped him by providing him with the necessary Roman forces that were successful.  Herod captured the city and got rid of Antigonus II Mattathias which brought an end to the Hasmonean rule of many years since 166 BCE. Judah hadn't had a proper king since Zedekiah who ruled from 597  to 586 BCE who had been appointed king by Nebuchadnezzar, the Babylonian king  to succeed the exiled Jehoiachin when he was 21.  His mistake was in conspiring with the Egyptians which brought in the Babylonians who captured Jerusalem.

Jews were living in Rome in the year 66 and had been there since 139 BCE.  The Great Revolt began in the year 66 CE, during the twelfth year of the reign of Emperor Nero( reign from 54 to 68- the last ruler of the Julio-Claudian dynasty. He was adopted by his great-uncle Claudius, thus becoming his heir and successor. Like Claudius, Nero became emperor with the consent of the Praetorian Guard.), originating in Roman and Jewish religious tensions. The crisis escalated due to anti-taxation protests and attacks upon Roman citizens by the Jews. The Roman governor, Gessius Florus, responded by plundering the Second Temple in Jerusalem, claiming the money was for the Emperor, and the next day launching a raid on the city, arresting numerous senior Jewish figures. This prompted a wider, large-scale rebellion and the Roman military garrison of Judaea was quickly overrun by the rebels, while the pro-Roman king Herod Agrippa II(28-93-last king of the house of Herod, son of Agrippa I.

Father Agrippa I (10 BCE -44 CE)  was king of Judea, son of Aristobulus and grandson of Herod.  Agrippa was educated at the court of the emperor Tiberius .  He was involved with Caligula and imprisoned by Tiberius for suspected treachery.  Freed with the title of king, he ruled over Galilee, S. Transjordan and after 41 CE by decree of the emperor Claudius, over Judea and Samaria.  He was beloved by his Jewish subjects because of his respect for the Jewish religion.  The governor of Syria was suspicious of him.  He died suddenly while attending the games in Caesarea.  After his death, his kingdom was again converted into an annex of the province of Syria.

When his father died, Judaea reverted to the rule of the Procurators, but in the year 50, he received the principality of Chalcis and was made responsible for supervising the Temple in Jerusalem.  Emperor Claudius gave him the title of king.  he quarreled with the priests.  He had just gone to Jerusalem to restore alm from the 66 rebellion but had to flee for his life.), together with Roman officials, fled Jerusalem. 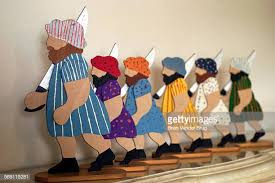 The Hasmonean Dynasty was started by Mattathias, a Cohen,  and his 5 sons who directed the popular revolt against the Hellenizing policy adopted by the Syrian king, Antiochus Epiphanes. We remember this history with Chanukah.  The Syrian Greeks had put statues of their gods in the holy Temple. Mattathias rebelled physically.

It was in 166 to 164 BCE that the Hasmoneans fought many battles, inventing guerilla tactics against the Syrians and by 164, Judah retook Jerusalem and rededicated the Temple.  This was followed by many raids to rescue the Jewish populations of Ammon, Idumea, Gilead and the Galilee.

Josephus, a Judean general captured by the Romans, saved his own life by becoming the Roman's scribe of this history, painting Rome in good light as that's who was keeping him alive.  He had to choose his words carefully.

Rioting had been going on since the year 66 that was led by Judean rebel factions, when the Judean provisional government was formed in Jerusalem.  Jerusalem was occupied by the Roman army.

Emperor Titus and Emperor Tiberius
The Roman army was led by the Roman's future Emperor, General Titus (79-81 CE) and his 2nd in command, Tiberius Julius Alexander.
Tiberias became the 2nd emperor from the year 14 to 37 and was the stepson of the 1st, Augustus.  Titus would become the 10th  emperor from 79 to 81.  It was Tiberius who expelled the Jews from Rome in 19 because of a fraud perpetrated on a Roman matron sympathetic to Judaism.  4,000 young Jews were sent to Sardinia to fight the brigands.  Palestine was hardly administered under his rule when the crucifixion of Jesus happened.

Titus  started the siege 3 days before the holiday of Passover on April 14, 70 CE.  It lasted for 4 months, ending in August with the burning and destruction of the 2nd Temple.  That day is now remembered as Tisha B'Av.  People were starved to death.   Titus was the son of  the 9 th Emperor Vespasian (69-79).  Titus took over the command of the Roman army in Judea from his father in 70 CE when he destroyed Jerusalem after a 5 month siege.  The Romans deliberately destroyed the Temple with the object of eliminating the national religious center of the Jews.

3rd Emperor Caligula  reigned from 37 to 41.  He was the grandnephew of Tiberius.  He gave Agrippa, grandson of Herod, the tetrarchy of NE Judea and the title of king.  He insisted on being worshipped as a divinity and this caused a big problem among the Jews and was used as an excuse for anti-Jewish disturbances in Alexandria on the occasion of Agrippa's visit in 38.  Philo headed the Jewish delegation sent to intercede with Caligula, and has recorded a graphic impression of his court.  Caligula was assassinated which prevented serious consequences in the Jewish world.

4th Emperor Claudius reigned from 41 to 54 and was the uncle of Caligula.  He became emperor due to the help of his friend, Herod Agripia I, whom he approved as king, adding Judea to his Kingdom and uniting under him the whole area ruled by Herod.  Claudius issued edicts at once reaffirming Jewish religious autonomy in Alexandria.  When Agrippa I died in 44, Claudius put Judea under a procurator, but in 49 gave Agrippa's son, Agrippa II, regions of Judea to rule.  In 49 and 50 he expelled a number of Jews from Rome because of a Jewish-Christian conflict.

5th Emperor Nero reigned from 54 to 65 or 68 and was the stepson of Claudius.  His reign coincided with a period of turmoil in Judea culminating in the outbreak of the war against Rome.  HIs wife, Poppaea, was sympathetic to Judaism.  Nero is not unfavorably represented in talmudical legend.

Posted by Nadene Goldfoot at 11:02 AM