Avidor Lieberman, Foreign Minister for Israel, spoke on CNN's Fareed Zakaria's program this morning.  He explained that he was against the cease fire, but found he was a minority with this opinion in the Knesset.  He felt that Israel could finally wipe out Hamas and had the force to topple them at this time.


Avidor explained that Hamas is a radical terrorist group.

He is 'bothered' that a terror group endured in battle against 'strongest army in Mideast.' One of many ways was in  their use of tunnels they had built and using them by popping out in Israel and taking lives is certainly a terrorist act.  Of course he neglects to say that Israel was following the rules of conduct in this fight by warning the civilians of their bombing way before the act, even though the terrorists saw to it that it was in vain and they fought by using this uncivilized tactic.  It is uncivilized to use your own people in gaining the advantage instead of trying to keep the civilians alive.  This fact alone prove they are a terrorist group.  Yet by doing this, they successfully deflected the blame of the deaths onto the Israelis who value all life, so no wonder he realizes that Hamas survived.

This differs from the UN opinion of them.  Avidor feels that they differ little from ISIS.

William Schabas, a Canadian-born professor of international law at Middlesex University in London feels that it would "inappropriate " to assert that Hamas is a terrorist organization.  He's also very much against Netanyahu, even though his father is Jewish and he sits on the advisory board of the Israel Law Review.  I personally find this opposition from young people striving to make a name for themselves so take opposing stands and then later on, as maturity and extensive reading and research sinks in, often change their views. This has happened with Israeli historian, Benny Morris.   That Schabas is part of the board goes towards Israel's open-mindedness and democratic principles.  William Schabas is a product of English thinking which has been against Jews for centuries and certainly was when they held the mandate in Palestine.

"In 2014 Schabas was appointed the head of UN Committee investigating the Israeli role in 2014 Israel–Gaza conflict. The move was criticized by Canada’s Foreign Minister John Baird  and Geneva based NGO UN Watch, due to previous records of Schabas' alleged anti-Israel bias, a charge that Schabas denies.  Schabas was born on November 19, 1950, so is 8 years older than Lieberman.

Avidor would like to see a more moderate Palestinian group taking over in Gaza.  He says that Hamas is radical in having a charter that says to wipe out Israel.  They have been firing rockets into Israel ever since they took over the power seat from Fatah and kicked Fatah into Judea and Samaria. 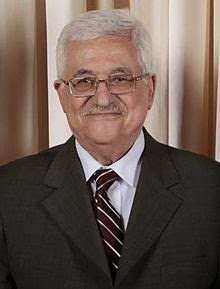 Abbas, born March 26, 1935, is older than either Lieberman or Schabas,  is threatening to sue Israel in the UN over crimes against humanity.  He has lost popularity.  They are no partner in peace for Israel with an attitude like this.  They had united several times with Hamas and their charter which is the same as the Muslim Brotherhood in regards to Israel.  Abbas is using his newly founded power in the UN now against Israel of an automatic majority.  He is making a new play to reassert his role and cast himself as the leader of all Palestinians by taking his cause to the UN.

The UN Human Rights Council already met last month and adopted a resolution against Israel with a vote of 29 to 1 with 17 abstentions and has moved to establish a commission of inquiry to investigate all violations of international humanitarian law in the Occupied Palestinian Territory.  The USA was the only country against this decision.

Netanyahu has pointed out that the report has already been written and  have decided that Hamas is not a terrorist organization.  He said they should really look at Damascus, Baghdad and Tripoli and go see ISIS, the Syrian army and Hamas.  They'll find their war crimes in these places but not in Israel.  This probe is just like what happened in 2009 and the Goldstone Report which Israel had rejected as being it was inaccurate and biased.  Goldstone even retracted that report but the die was already cast against Israel's reputation.

Hamas's charter, which is also adopted by the unification of Fatah and Hamas, says,
1. “Israel will exist and will continue to exist until Islam will
obliterate it, just as it obliterated others before it”
(The Martyr, Imam Hassan al-Banna, of blessed memory).
These are the words of terrorists.

2. Our struggle against the Jews is very great and very serious.

It needs all sincere efforts.
Note, this is a religious terrorist war, like ISIS is bringing on the rest of the world.

3. The Islamic Resistance Movement is a distinguished
Palestinian movement, whose allegiance is to Allah, and whose
way of life is Islam. It strives to raise the banner of Allah
over every inch of Palestine,
The Muslim Brotherhood and ISIS also share this goal.

Posted by Nadene Goldfoot at 10:25 AM